Use the resources in this guide to locate research and policy around laws and legislation.

What is Case Law?

The following summary of case law comes from the 2005 edition of West's Encyclopedia of American Law (see below for further citation information): "As opposed to statutes—legislative acts that proscribe certain conduct by demanding or prohibiting something or that declare the legality of particular acts—case law is a dynamic and constantly developing body of law. ... Since the U.S. legal system has a common-law system, higher court decisions are binding on lower courts in cases with similar facts that raise similar issues." 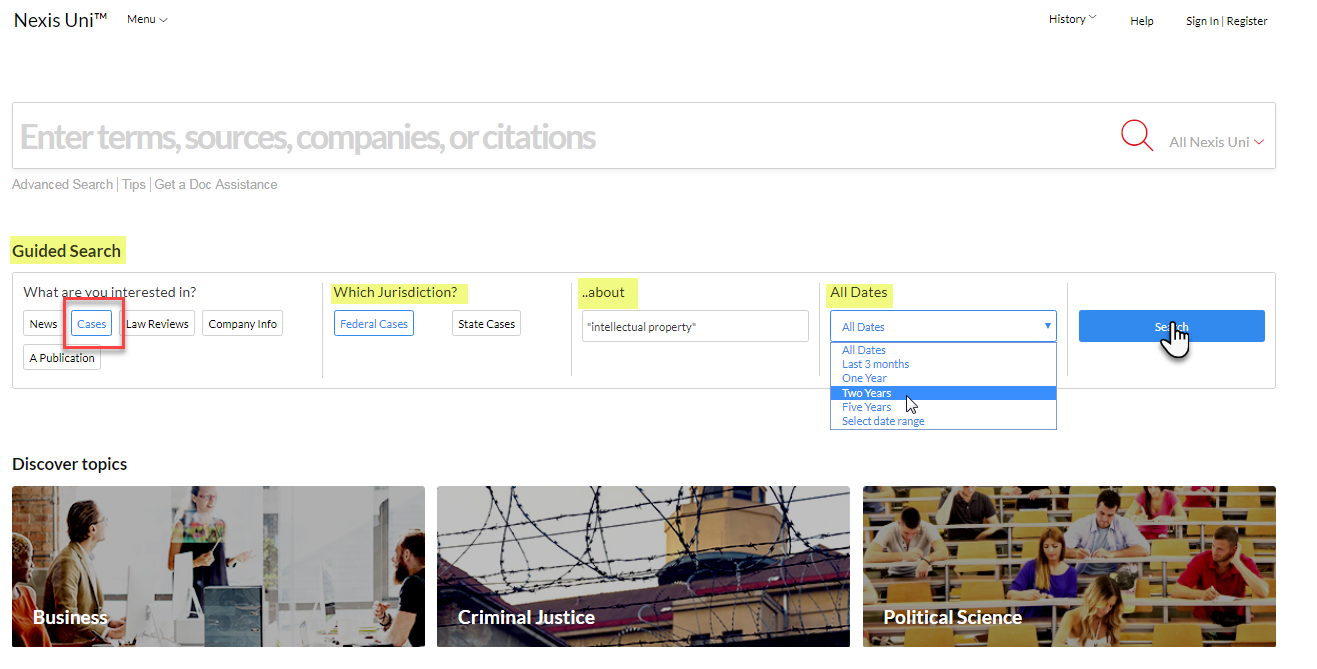 If having to select from a list of federal or state courts before searching is not preferred, users can search all of Case Law by going to Google Scholar and following these steps: