RefWorks is going away but there are other options and we will help you transition from RefWorks to the best Citation Management System for you.

Zotero is a free, easy-to-use tool to help you collect, organize, cite, and share research. Zotero is, at the most basic level, a reference manager. It is designed to store, manage, and cite bibliographic references, such as books and articles.

While Zotero stores all data locally on your computer by default, Zotero's sync functionality allows you to access your Zotero library on any computer with internet access

Each Zotero user is given 300 MB of free Zotero Storage for attached files, with larger storage plans available for purchase.

Key points to get you started:

For full instructions, visit these pages at zotero.org:

Other reference managers go through long periods of little to no development that disrupt productivity and even prevent access to research data. For example, EndNote didn’t support Word 2016 until 7 months after its release. Mendeley has taken years to support the latest versions of macOS, and took two months to address reports of PDFs disappearing from users’ libraries.

1. Mendeley, RefWorks, EndNote Web, and Paperpile all require you to be logged in, so if their owners decided to stop supporting their software, or even if their services were down temporarily, you would be unable to open your library.

2. Mendeley encrypts your database, preventing you from exporting your data in full to other tools and even from accessing your data at all if you can’t open the program. EndNote has claimed that no one can open EndNote files without their software.

3. Mendeley, RefWorks, Papers, and Paperpile are proprietary and closed source, yet they depend on open-source software created by the Zotero community. All use the citation processor that was developed to enhance Zotero’s citation abilities. Most of the thousands of citation styles they offer were requested or created by Zotero users. The Mendeley word processor plugin is based on an early version of Zotero’s plugin. RefWorks uses Zotero’s site translators to enable saving bibliographic data from a browser. By using Zotero, you’ll get better support and earlier updates, as well as the chance to influence the development of these tools.

Note: These instructions are for the import process using the Zotero desktop application 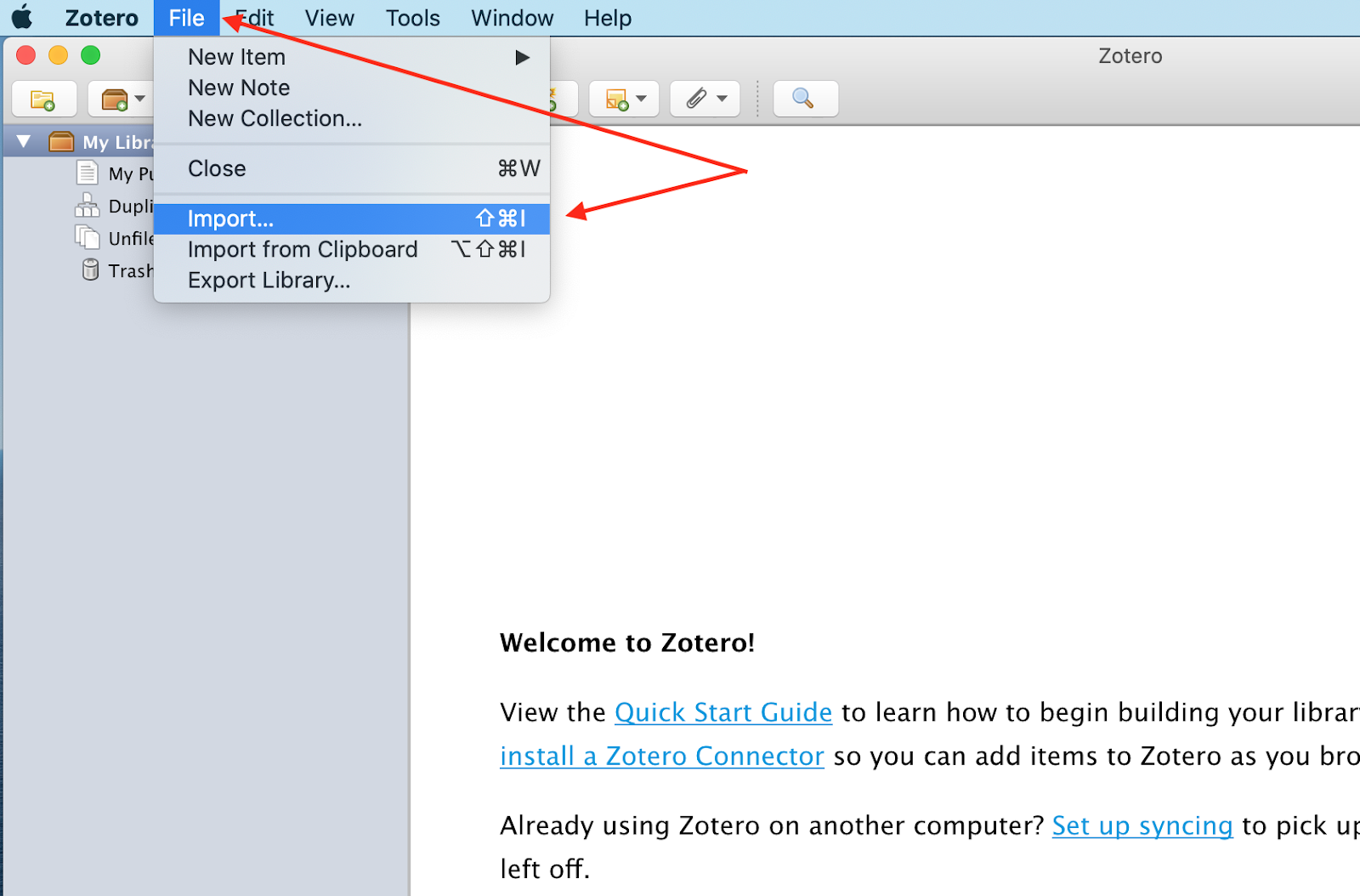 2. Choose that you wish to import from a file and select 'Continue'. 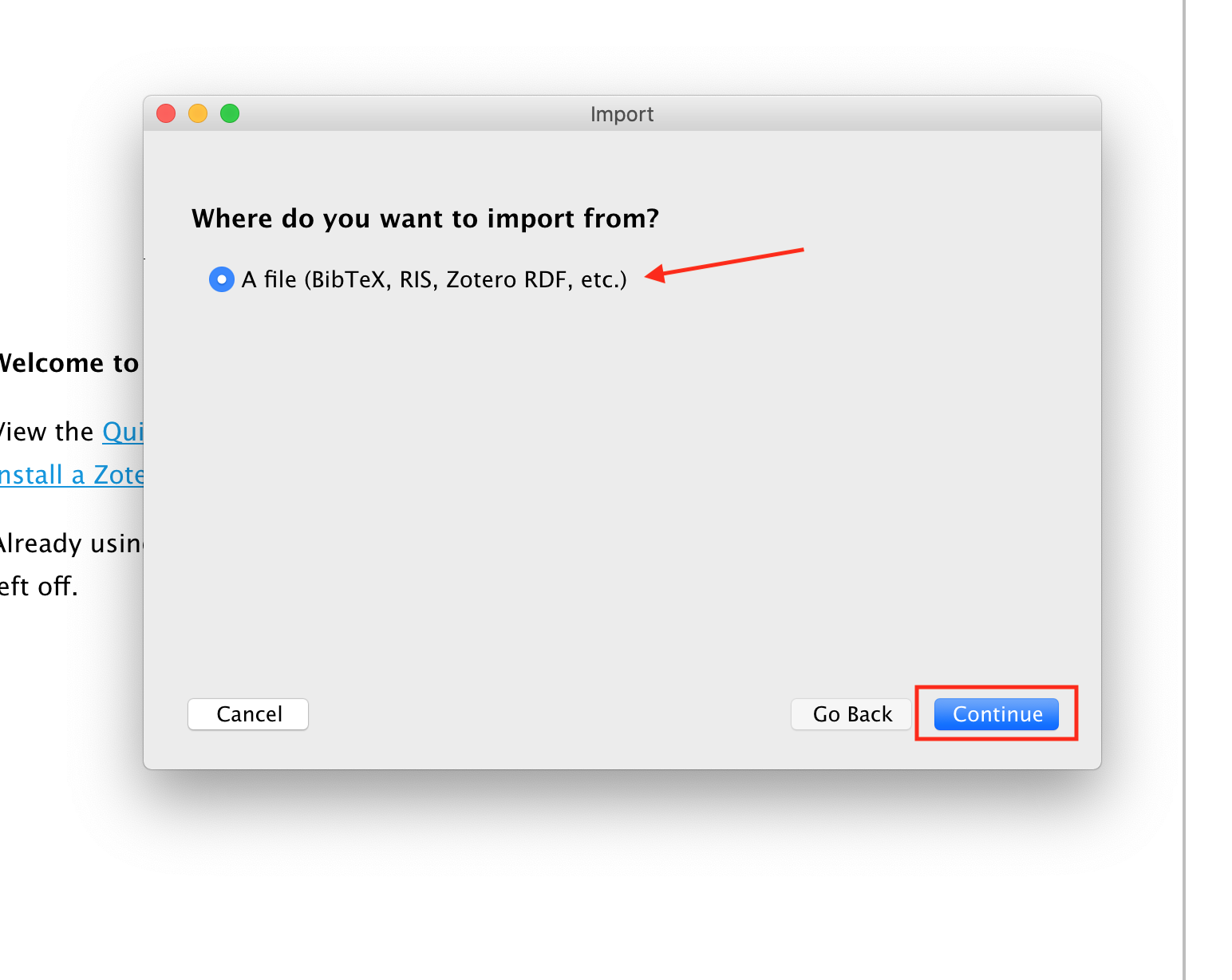 3. Locate the file you downloaded from RefWorks (steps detailed here) and select 'Open'. 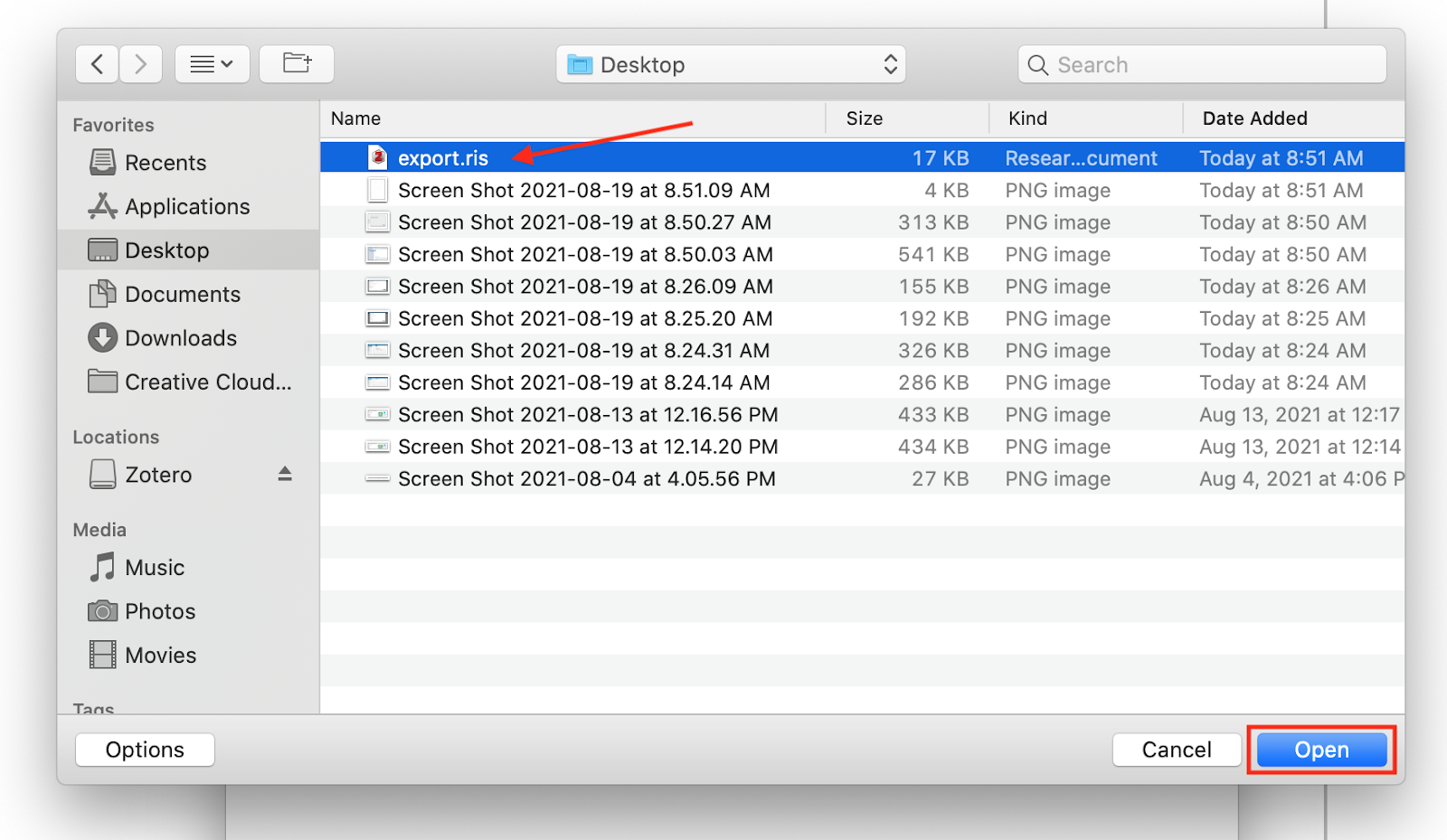 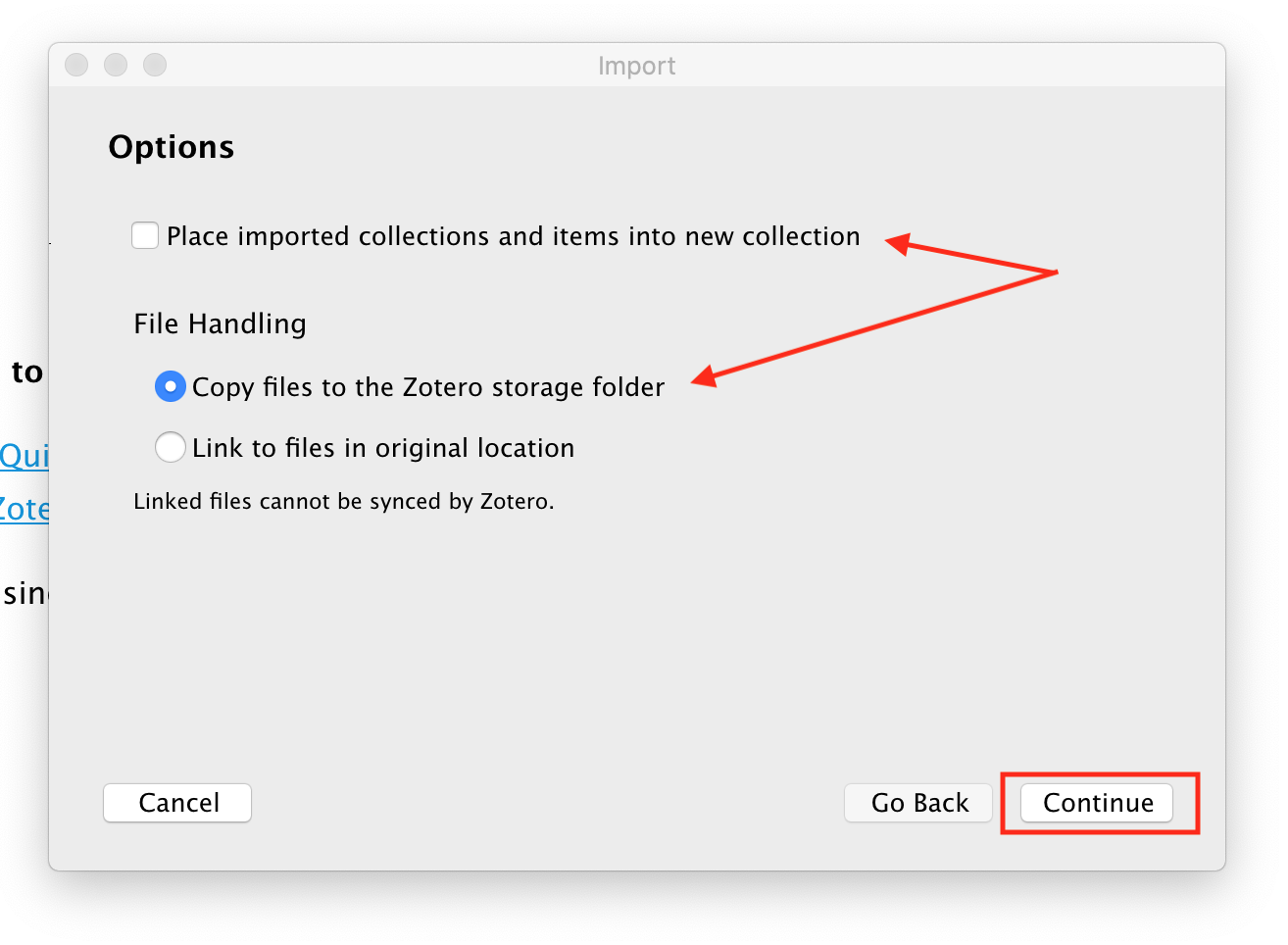 You can now rearrange, rename, or organize your citations as you like.

Importing Citations from Refworks to Zotero

Importing from Ebsco to Zoterro WITHOUT Extension

Importing from EBSCO databases to Zotero WITH Extension