Garth Baxter was born in Philadelphia, Pennsylvania in 1946. An accomplished modern traditionalist composer, Baxter earned his music degrees from Pepperdine University and California State University, Northridge. His works include an opera and music composed for choral, orchestral, and symphonic bands, as well as pieces written for piano, organ, voice, flute, and guitar.

Joseph Frederick Wagner was born on January 9, 1900, in Springfield, Massachusetts. He was a composer, conductor, and author. He started piano lessons at the age of 8. Wagner graduated from Technical High School in Providence, Rhode Island, in 1918, then served in the United States Army from 1918 to 1919. After leaving the army, he studied piano full-time with Felix Fox and studied organ with Louis Whilemann. He attended the New England Conservatory of Music, graduating in 1923 and receiving the Encidott Prize in composition. In 1924, he was appointed Assistant Director of Music in Boston Public Schools, then founded the Boston Civic Symphony in 1925. He served as the conductor for the Boston Civic Symphony for eighteen years. Among other prestigious positions, Wagner was appointed Composer-In-Residence of Pepperdine University in 1963. Wagner held this position for a decade and soon there after died in Los Angeles, California on October 12, 1974.

- The processing of this collection is in progress.

Dr. Leonard B. Starr was a New York native, a Vietnam War veteran, and an avid lover of the arts. In addition to enjoying a successful career as a pathologist, Starr dedicated a great deal of time, effort, and money to his deep passion for art and music history. Together with his wife, psychologist Joan R. Starr, he was a frequent patron of the arts, visiting classical music venues and prestigious museums on a regular basis. Over the course of several decades, Starr amassed an enormous collection of art and music related materials, including over 7,000 art books, 4,000 CDs, and hundreds of slides.

The music series contains Dr. Leonard Starr’s collection of recorded music. It is divided into two subseries: ¼ magnetic tape reels, and CDs. The tape reels are organized alphabetically by composer, although each individual tape often features up to four different recordings, not always by the same composer. Starr labeled each tape reel case with composers’ last names, evidently choosing whichever recording he deemed most important on each reel. According to Starr’s notes on each tape reel case, many tapes were recorded off live radio broadcasts, especially from Starr’s local New York City station, WNYC. The CDs are also organized alphabetically by composer. The CDs are all commercially available recordings, including many boxed sets. 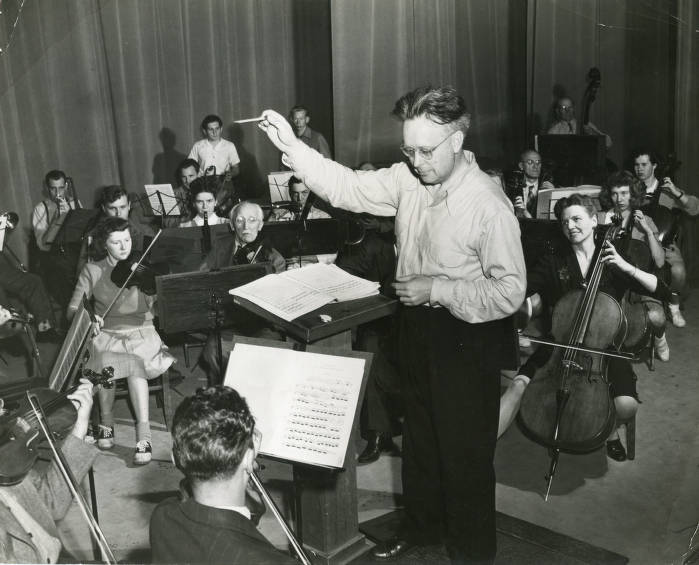 Pepperdine Symphony and Chorus in Performance, 1988 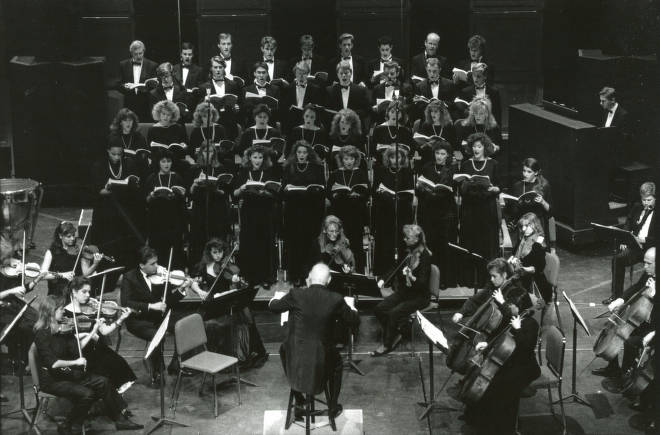