This informational guide has resources so you can study the dramaturgy of dance.

Synopsis from The National Ballet of Canada

Prologue
An ominous mood blankets a desolate landscape. In the distance, an approaching storm threatens to disturb the calm. The full moon rises slowly, gradually silhouetting an imposing winged figure who, wielding a terrible sword, stands like a harbinger of ruin above the stricken land. In an emphatic, menacing gesture, the figure plunges the sword into the earth. Then, as though having announced his arrival, he descends from his post to assume his new place amid a broken and unsuspecting world.

Act I: The Royal Hunting Ground
It is Siegfried’s birthday. A buoyant, carefree air prevails, as the Prince’s knights return from a successful hunt and are greeted by the Court Fool, accompanied by a serving Wench. With Siegfried’s arrival, the knights perform a swaggering, boisterous dance intended to honour their Prince. Siegfried's mood, however, is less than receptive to their antics and, although he tries to conceal his indifference, it is clear the Prince does not feel wholly at ease in this world.

The Queen enters in a ceremonial procession and expresses to Siegfried her wish that he marry. Her insistence, however, only serves to deepen the Prince’s melancholy and reinforce the sense of estrangement he feels from court society. His friend, Benno, attempts to raise his spirits in a series of lighthearted dances with the Fool and the Wench, but they have little effect. Benno's efforts are followed by more dances involving the knights and the Wench, which begin as mere diversions, but grow increasingly unsettling and violent.

When Benno sees a flight of swans, he urges Siegfried to follow him so that they might hunt the birds. Eager to escape the brutality and unpleasantness of the court, the Prince leaves with Benno.

Act II: The Marsh
Pursuing the swans, Siegfried is separated from Benno and finds himself alone in a mist-laden marsh. He encounters Rothbart, the menacing figure from the Prologue, now in an earthly guise. Rothbart initially threatens Siegfried, but suddenly changes his demeanour by tempting him with a beautiful swan, Odette. Siegfried is captivated by the swan’s radiant and unearthly beauty and, as other swans join them in a series of dances amid the marsh's twilit landscape, he and Odette fall in love. As they profess their love, however, Rothbart intervenes and they must part.

Act III: The Ballroom
Amid the regal opulence of the court, Siegfried awaits the presentation of four foreign princesses, one of whom he must choose as his bride. One after another, the princesses are brought forward and unveiled by their respective ambassadors before Siegfried. The princesses, Hungarian, Russian, Spanish and Italian, all dance for Siegfried, hoping to win his approval and love, but none is successful.

Suddenly Rothbart appears. With him is another princess, a mysterious figure in black named Odile. Siegfried believes Odile to be none other than his beloved Odette and after she dances for him, he chooses her to be his wife. This unwitting betrayal of Odette brings catastrophe upon the court, which is engulfed in a flood. Siegfried is the only one to survive.

Act IV: The Lakeside
Having fled the destruction of the court, Siegfried seeks refuge by the lakeside. There, Odette appears to him, in the company of other swans. Odette forgives Siegfried for his betrayal and the promise of reconciliation shines momentarily, but Rothbart appears once again to separate the lovers. He summons forth a violent storm that scatters all in its path. Rothbart and Siegfried struggle. When the storm subsides, Odette is left alone to mourn the dead Siegfried.

Taking a solitary walk by the lake, the young Princess Odette encounters the evil Von Rothbart. Overcome with fear, she turns and runs in the hope of escaping his power. Von Rothbart catches her and casts a spell on Odette, transforming her into a swan.

ACT I: OUTSIDE THE PALACE GATES

It is Prince Siegfried’s twenty-first birthday and courtiers and peasants have gathered to celebrate his coming of age. During the festivities, toasts are made and a pas de trois is danced in the prince’s honor. The queen mother arrives and presents her son with the gift of a crossbow. She informs him that as the time has come for him to marry, she will hold a ball the following evening, to be attended by young princesses from across Europe. The prince is to select the one who pleases him most.

Siegfried is morose, distraught that he cannot marry for love. As the revelers disperse, a flock of swans flying overhead catches the prince’s attention. He reaches for his crossbow and heads out alone into the night.

At the lakeside, the prince encounters a magnificent flock of swans. He aims his crossbow but is startled when one of the swans is transformed into a beautiful woman. It is Odette, Queen of the Swans. Captivated by her soulful countenance, the prince approaches her. She is frightened and turns from him. When Siegfried assures her that he means no harm, Odette reveals to him that she and her companions have been placed under a spell by Von Rothbart. By day they are condemned to take the form of swans and only at night can regain human form. This spell can be broken only if a man promises his love and remains faithful to that vow. As soon as she has confided in the prince, Von Rothbart appears. Siegfried seizes his crossbow and takes aim, but Odette shields the evil enchanter, for if he should die the spell imprisoning her could never be broken. Von Rothbart escapes, drawing Odette away.

The flock of swan maidens dance a beautiful waltz. Siegfried returns, seeking Odette. She appears, and they express their tragic love in a pas de deux. When dawn begins to break, the pale light tells the maidens that they must again change back into swans. Left alone with Odette, Siegfried declares his eternal devotion. Odette bids him a tender farewell and reluctantly reassumes her enchanted form.

Guests assemble for the great ball in which Prince Siegfried is to find his bride. The queen mother and the prince appear, and five prospective fiancées (Spanish, Hungarian, Neapolitan, and a pair of sisters from Russia) present their national dances for the prince. Siegfried’s thoughts remain with Odette, and he informs his mother that he will not marry any of them. At the same moment, trumpets sound the arrival of two additional guests. They are Von Rothbart and his daughter Odile, whom he has transformed into a semblance of Odette. Siegfried is enraptured, convinced he has found Odette again. Siegfried and the beguiling Odile begin the exultant Black Swan pas de deux. During their dance, the real Odette appears as a vision, but Siegfried, enthralled by Odile doesn’t see her, and Von Rothbart spirits her away. At the conclusion of the dance, Siegfried declares his love for Odile and his desire to marry her. The Queen expresses her approval, but Von Rothbart demands that Siegfried swear a formal oath. The prince innocently complies, and when he has done so, Von Rothbart and Odile mockingly reveal their true identities. Siegfried now sees the vision of the weeping Odette and understands his mistake. Frantic, he flees the palace in search of his beloved.

The swans are grieving for their queen. With Siegfried’s broken vow, Odette’s hopes for love and freedom have vanished. Distraught, the prince enters and explains to his beloved that he, too, was betrayed by the evil magician. He begs Odette’s forgiveness and explains that he could never love another. Odette understands and forgives him. Nevertheless, the fatal error condemns her to remain a swan. Instead she determines that she will die. Von Rothbart endeavors to drive Siegfried away and keep Odette for himself, but the lovers defy him. Odette flings herself into the lake and Siegfried follows. Siegfried’s and Odette’s steadfast love breaks the enchanter’s spell and Von Rothbart, too, collapses and dies. With the curse removed, the lovers’ spirits take flight and are reunited for eternity. 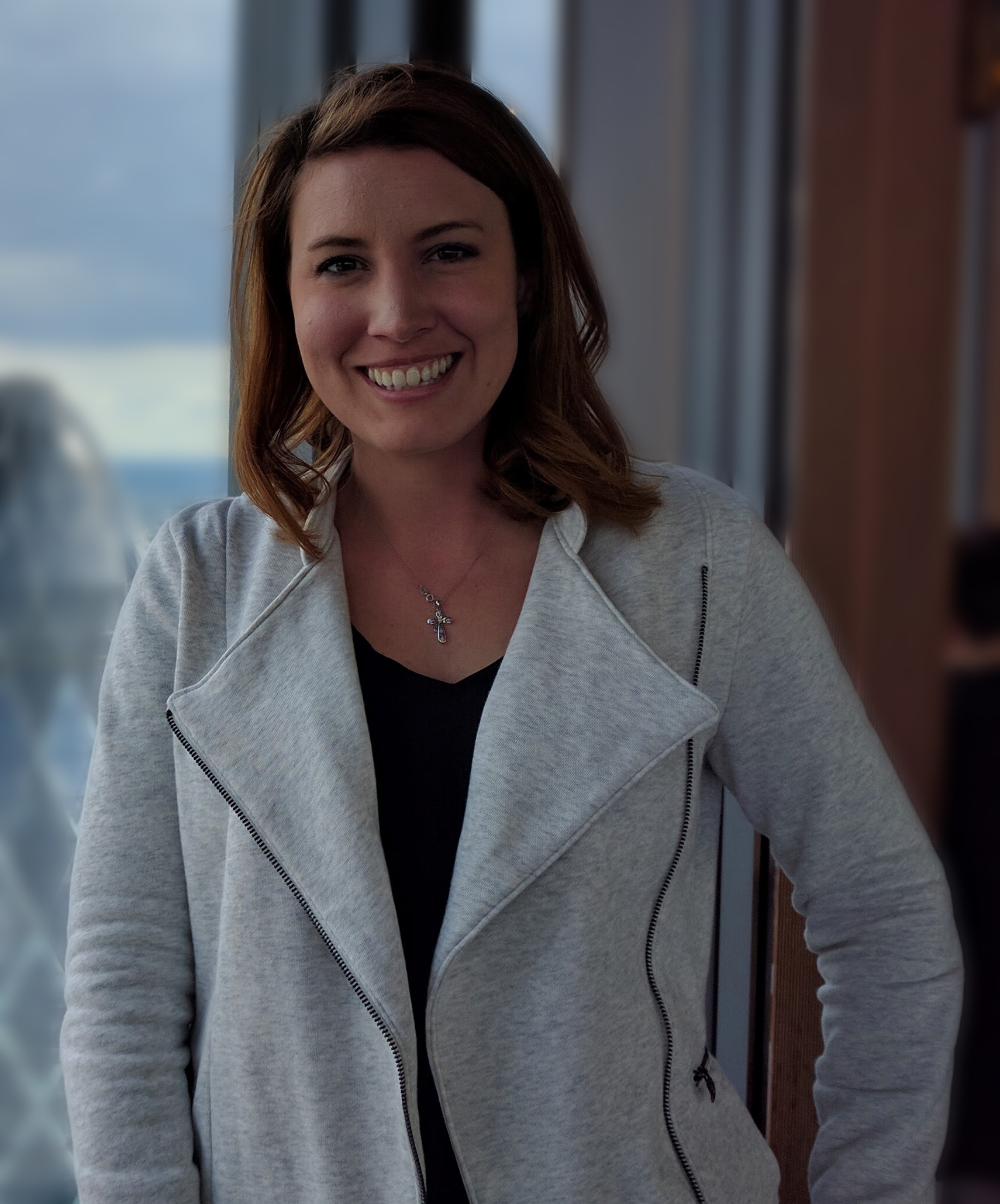