A resource for discovering the Metcalf Collection of Books on T.E. Lawrence. 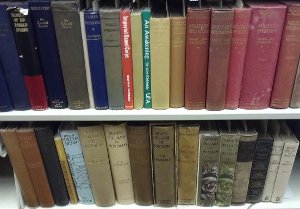 WorldCat Link to the Collection 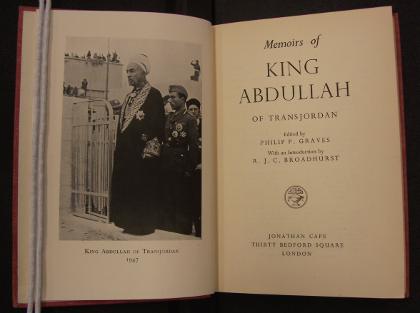 This book details the childhood and adult life of King Abdullah (1882-1951) of Jordan and his role in the Arab Revolt of 1916-1918. Lawrence did meet and work with Abdullah, brother of Emir Feisal, during the Revolt. Lawrence felt that Feisal was better suited to be the leader, or figurehead, of the movement instead of his brother Abdullah. This book seeks to show that Abdullah had a greater part in the Revolt than Western sources claimed. It gives readers a unique first-person look into Arab life, tribal differences, the Arabs’ dealing with the Turks, the effects of WWI on the region, and the political climate in the region after WWI. It is one of the few books with an Arab perspective, and useful for understanding the full picture of the Arab Revolt and the culture of the area. 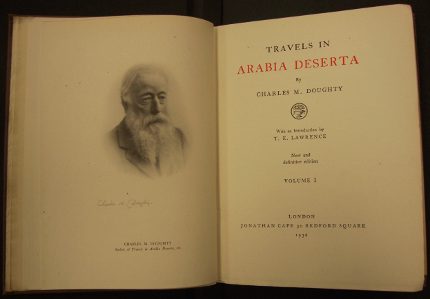 First published in 1888 by Cambridge University Press, this text was considered the authority on Middle Eastern travel and travel writing at the time. C.M. (Charles Montagu) Doughty (1843-1926) was a British explorer, traveler, and writer. This “new and definitive” edition was published in 1936 in two volumes. Each has illustrations and drawings. The introduction was written by T.E. Lawrence. Lawrence was greatly influenced by this work, according to author Michael Korda. It is interesting for its insight into Lawrence’s early influences. It also provides context for the interactions between the British and other countries at the time.

Gordon, H. Pirie, and Edmund Henry Hynman Allenby. A brief record of the advance of the Egyptian Expeditionary Force under the command of General Sir Edmund H.H. Allenby ... July 1917 to October 1918. Cairo: Published by the Palestine News, produced by the Government Press and Survey of Egypt, 1919. 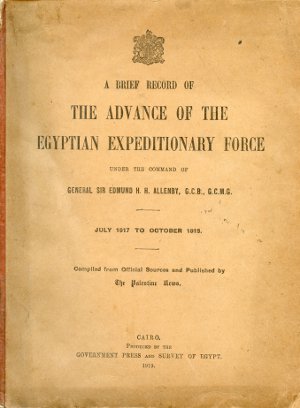 This book is the official British military record of the last days of WWI and the Arab Revolt of 1916-1918. It is a first edition. It describes the British and Arab military divisions, operations, advances, battle positions, and even the supplies of the Royal Army Service Corps. Explanations of the various battles provide insight on what occurred in the region. Lawrence was transferred to the Egyptian Expeditionary Force under General Allenby, so this text documents what Lawrence experienced during the last days of the War. More importantly Lawrence, who was fighting with the “Arab Camel Corps,” is mentioned on the page facing Plate 48, under the dates “September 26 and 27” (Note: this volume has no pagination). Several color maps are included detailing British, Arab, and Turkish battle lines, as well as a map of what was left of the Ottoman Empire after Oct. 31st, 1918 (Plate 56). A summary of the Turkish Armistice (Articles 1-24), is found facing Plate 56. This is an interesting primary source, and military/government publication, which shows the organization of the British military in the Arab Peninsula at the time. [The collection also has a Second Edition copy, published by “His Majesty’s Stationery Office,” call number: Metcalf D 568.7 G7.] 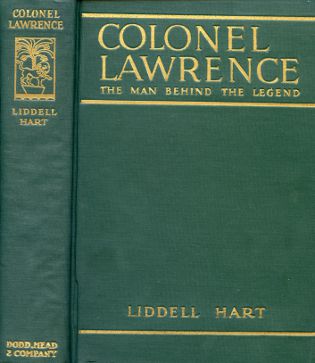 This book was written by one of Lawrence’s favorable biographers, who seems to feel Lawrence’s role in the Arab Revolt quite significant. Hart also feels Lawrence’s detractors are the people who simply had little contact with him. This biography details his early life, the events leading up to the Revolt, his role in the Revolt, and his life afterward. Hart wrote this book with Lawrence’s input. It is divided into 4 “books:” 1. Personal Prologue, 2. Historical Prologue, 3. The Arab Revolt, and 4. After. It includes a preface by the author, photos, and maps. This text helps provide context for author Suleiman Mousa’s argument that Lawrence was excessively praised, and presents an opposite opinion (Note: Mousa’s work, T.E. Lawrence: An Arab View, appears later in this list). 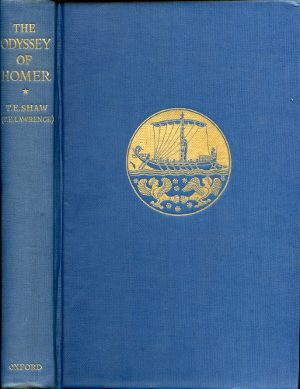 Written under the name of “T.E. Shaw,” this is Lawrence’s translation of Homer’s Odyssey. The translator’s note is by Lawrence, with an introduction by John Finley. It covers the epic journey of Odysseus, and is divided into Books I-XXIV. This edition was published in England in 1935. It provides readers with an example of Lawrence acting as a scholar rather than a soldier. 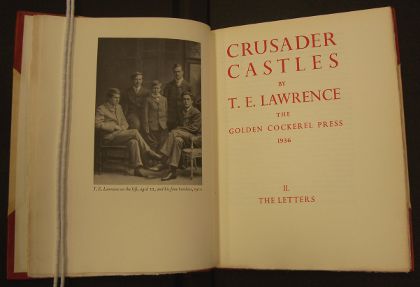 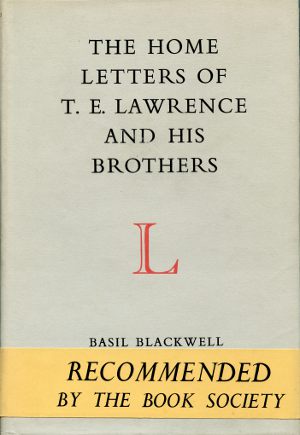 This is a more complete collection of letters written by the Lawrence brothers to each other and to their parents. T.E.’s letters span the years of 1905-1934. The letters cover T.E.’s time in France, Carchemish, Damascus, Cairo, and more. The books contain a Note by elder brother M.R. (Montagu Robert) Lawrence. Also included in the text are the letters of T.E.’s brothers, W.G. (William George) Lawrence (1889-1915) and F.H. (Frank Helier) Lawrence (1893-1915). Frank and William were both killed in France in WWI. This book also contains a copy of a letter by Winston Churchill (p. xii) and his allocution speech from the dedication of the Lawrence Memorial at Oxford in 1936. There are various illustrations including drawings by T.E., photographs of castles, and photos of the Lawrence brothers themselves. It offers an exclusive look into the Lawrence’s family life. 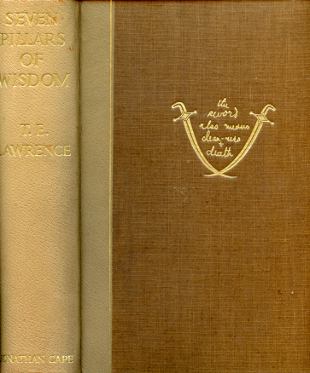 This is Lawrence’s most famous written work. It details his time in the Middle East and his activities in the Arab Revolt of 1916-1918. This large volume covers the beginnings of and the rationale for the uprising, his interactions with the Arabs and their leaders like Feisal, the attacks on the Turkish rail system, the battle of Aqaba, and the final battle of Damascus, among others. The preface was written by his younger brother, A.W. (Arnold Walter) Lawrence (1900-1991). Included are portraits (photos and drawings) of the principle players, both Arab and British, as well as maps. This edition was published after Lawrence’s death in 1935. Lawrence originally printed a private edition in 1922. Later in 1926, another 200 copies (100 of which were slated for public sale) were published, and are known as the “Subscriber’s Edition.” A shorter, abridged version was published as Revolt in the Desert in 1927. 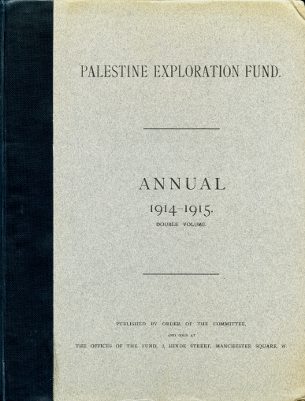 This book was published by the Palestine Exploration Fund, and is a double volume. Before the main section of the report, there is a list of the Palestine Exploration Fund’s committee members, which included D.G. Hogarth, and a prefatory note by committee chairman Colonel C.M. Watson. There is a note written by Hogarth saying he finished the publication because Lawrence and Woolley were sent to Egypt on a special military assignment. The main text of Wilderness details the authors’ travels in Palestine. According to the introduction (written by Lawrence) he and Woolley set out to study the different time periods of the area, follow old caravan routes, find Biblical sites, and study the area of Ain Kadeis, where the Israelites supposedly wandered the desert. While this edition functions as a report of the PEF, Wilderness was also published separately, as a book. See Metcalf DS 101.P157 1936, or DS 101.P157. 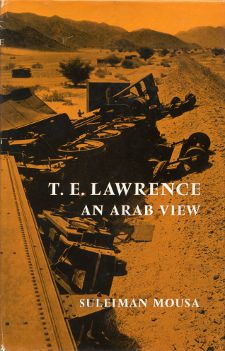 This book provides an interesting and different perspective on Lawrence. The author, who was a Jordanian writer and historian, feels Lawrence’s role in the Arab Revolt was exaggerated. He wants to present the Arab viewpoint surrounding the events of the Arab Revolt. He seeks to set the record straight by using Arab sources, and also examines Lawrence’s sincerity of support for Arab independence at the time. Mousa also notes that Arabs do not agree with Western writers’ painting Lawrence as the “genius and driving force” behind the Revolt. He is of the view that Lawrence tended to exaggerate, and that he loved famed while simultaneously fearing it. 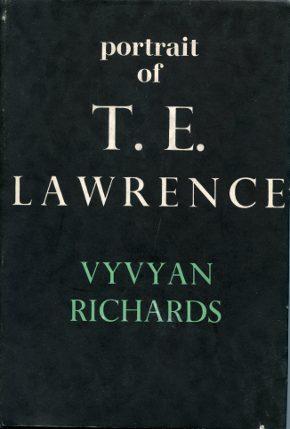 This biography of Lawrence was written by Vyvyan Richards, a friend of Lawrence’s from Jesus College, Oxford. According to author Michael Korda, Richards and Lawrence had planned to open a small printing press, but Lawrence left that idea behind once he spent time abroad. This book covers their early friendship, Lawrence’s life in the Middle East, discusses the Seven Pillars of Wisdom and Lawrence’s activities in the Arab Revolt, as well as his career afterward. The three purposes of the book, as told by the author, are to 1) tell what other books cannot tell about Lawrence, 2) give the story of the Arab Revolt and how it reveals Lawrence’s character, and 3) give a “provocative” view of his life. Richards feels Seven Pillars of Wisdom was Lawrence’s attempt to understand himself and “face up to” the enigma his fame created.

Stark, Freya. The Southern Gates of Arabia: A Journey in the Hadhramaut. London: John Murray, 1936. 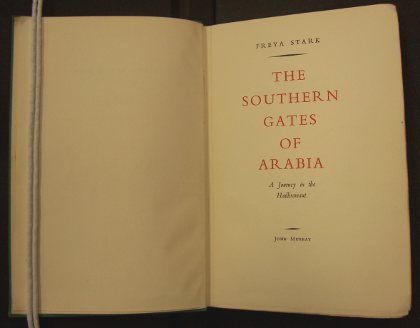 This book is an interesting piece of travel writing that chronicles the author’s adventures in the Middle East. Freya Stark (1893-1993) was a British traveler and writer. The area she visited, the Hadhramaut, refers to the country of Yemen. This is the 1st UK Edition published in 1936. It contains many black and white photos and maps of the route Stark travelled while in Yemen in 1935. It is a good example of other travel books in the T.E. Lawrence collection. It is helpful for understanding the interactions between East and West in the earlier half of the 20th Century, as  well as understanding the local culture. It is remarkable in that it is the work of one of the few women to explore the region at the time. Other books by Stark include The Valleys of the Assassins (1934), A Winter in Arabia (1940), and Travellers Prelude (1950). 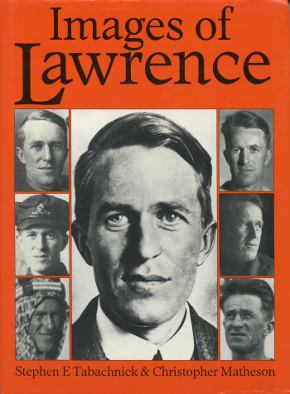 While this is not necessarily a rare or older book, it is valuable for the many interesting and seldom seen photos of Lawrence. The pictures in this book were provided by co-author Christopher Matheson’s private collection. Here the author examines the many questions surrounding Lawrence’s life and career. For example, in Chapter 2, he addresses the skepticism and arguments doubting Lawrence’s deeds and character (such as Mousa’s). It is also valuable because it presents the breadth of Lawrence’s varied career as a soldier (more specifically as “guerilla leader”), archaeologist, writer, et cetera. The author feels Lawrence was “brilliant” and suggests the “truth” can be found in the Seven Pillars of Wisdom and The Mint. It gives readers a good overview of Lawrence’s activities and his dealings with other important people at the time.