Poetry has been a prevalent form of literature throughout America from its earliest years to present day. The works of poets often reflect both personal and communal adversities and realities, as is the case for many of the selections below. The works featured here highlight a number of noteworthy American poets who have made significant contributions to the genre, including Anne Bradstreet, Robert Frost, Langston Hughes, Sylvia Plath, Paul Laurence Dunbar, and Countee Cullen. 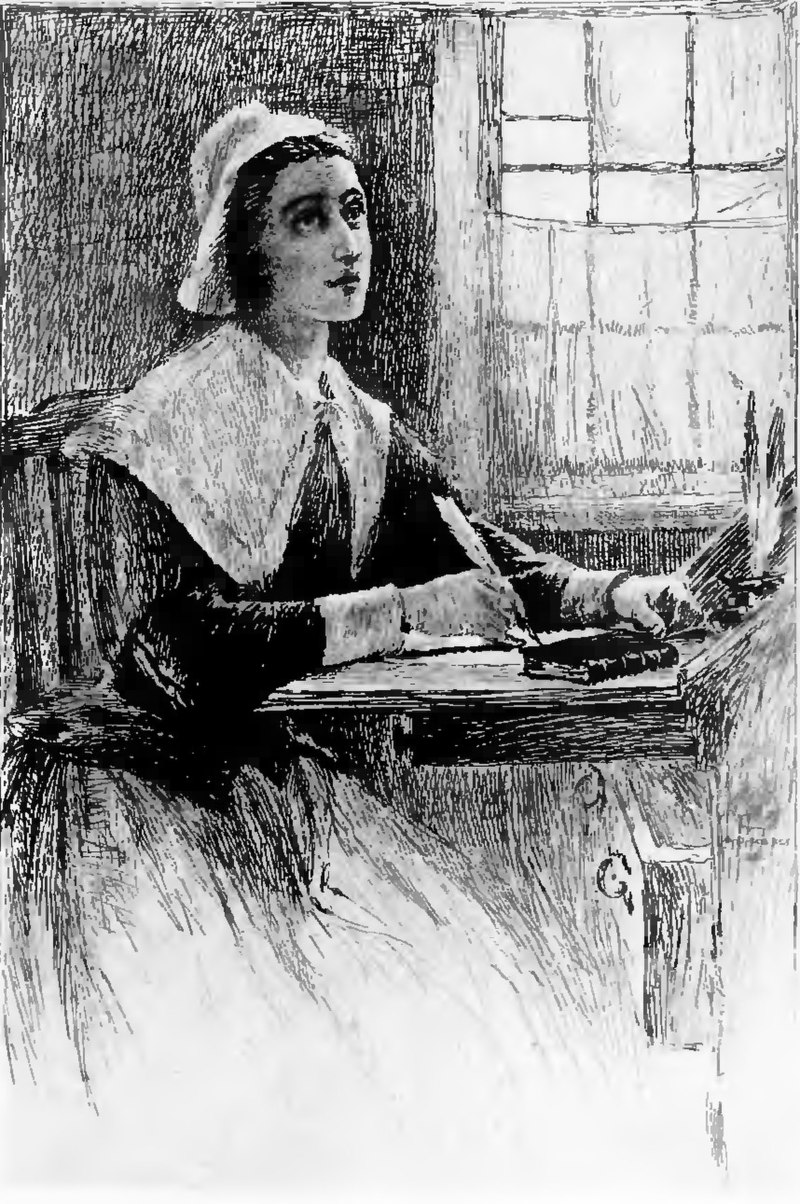 Rare find; one of only 50 copies. Tribute to Anne Bradstreet written by Margery S. Hellman featuring  a unique anatomy in which additional white leaves of paper are stitched atop the book’s base of brown leaves. Bradstreet's poems are printed on the top white leaves, and supplementary biographical information is provided on the brown leaves of each page, accessible by lifting a flap.

Anne Bradstreet is a 17th century poet highly influenced by the Elizabethan literary tradition. Born and raised in England, Brandstreet  immigrated to America with her family and the Winthrop Puritan Group in 1630, and she raised eight children while living in the States. Consequently, much of work examines themes such as Puritan theology, motherhood, womanhood, and modesty. 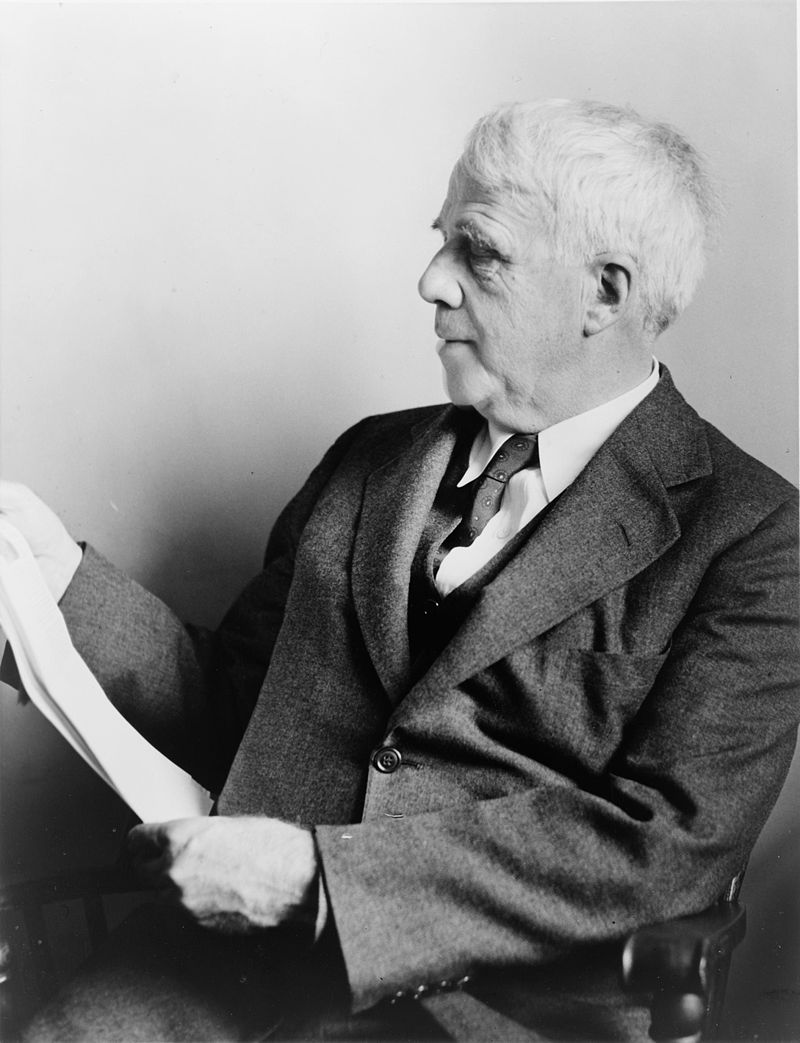 North of Boston by Robert Frost 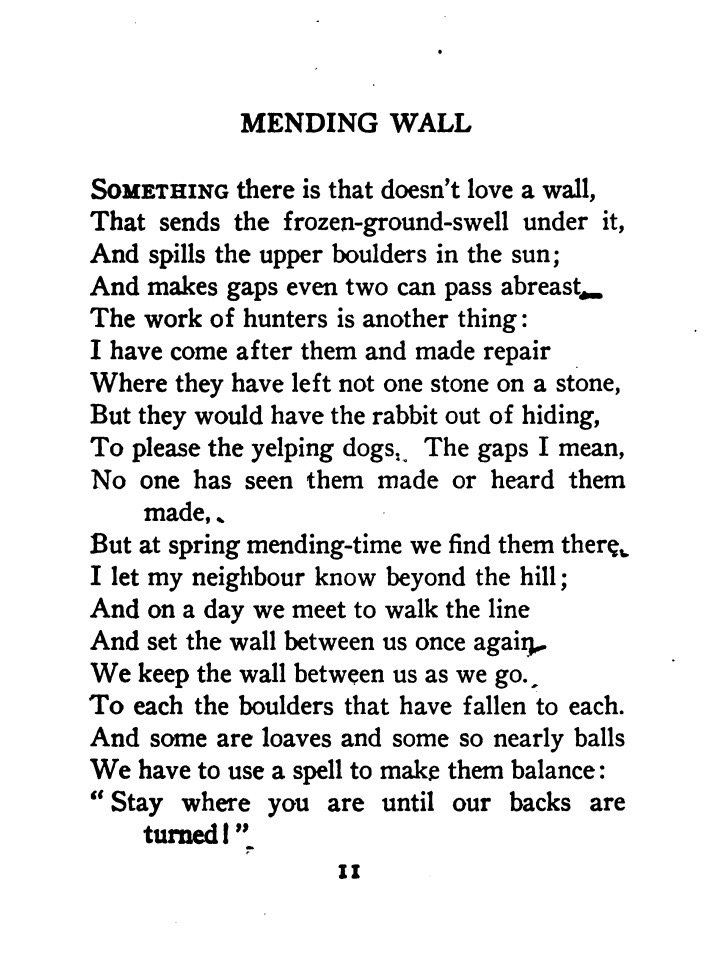 Wall” and “After Apple-Picking.” Frost grew up in Massachusetts and attended both Dartmouth and Harvard but never completed his degree. He was well-acquainted with a number of contemporary British poets and came to be known for portraying universal themes through visions of New England and realistic language featuring irony, obscurity, and meditation.

North of Boston authenticated Frost as a central figure in the genre of modern poetry. The selections explore agrarian settings in the early twentieth century and corresponding themes of adversity, misfortune, and human relationships. 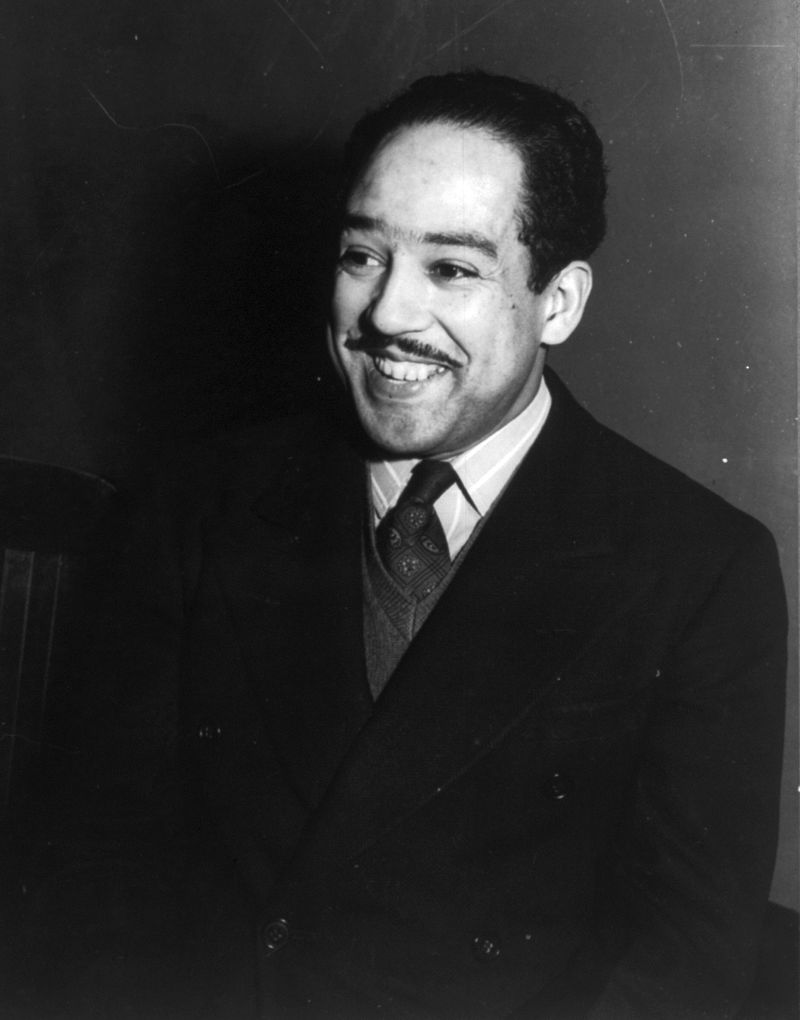 Langston Hughes was a leading figure in the Harlem Renaissance era. His jazz-style poetry illustrates both the bliss and the hardship of the African American experience in Harlem, making for raw, authentic lines that were both loved and critiqued in his time. Highlighted in Hughes’ work are the rhythms and traditions of African music and a wide array of themes including race, dignity, the American identity, and perseverance in the face of adversity.

Montage of a Dream Deferred by Langston Hughes

First-edition book-length poem written by Langston Hughes featuring inscription from the author on the front flyleaf: “Inscribed especially for Brother Charles A. moore -- Fraternally, Langston; Dillard, Negro History Week 1951.” Langston Hughes was a leading figure in the Harlem Renaissance era. His jazz-style poetry illustrates both the bliss and the hardship of the African American experience in Harlem, making for raw, authentic lines that were both loved and critiqued in his time. Highlighted in Hughes’ work are the rhythms and traditions of African music and a wide array of themes including race, dignity, the American identity, and perseverance in the face of adversity. 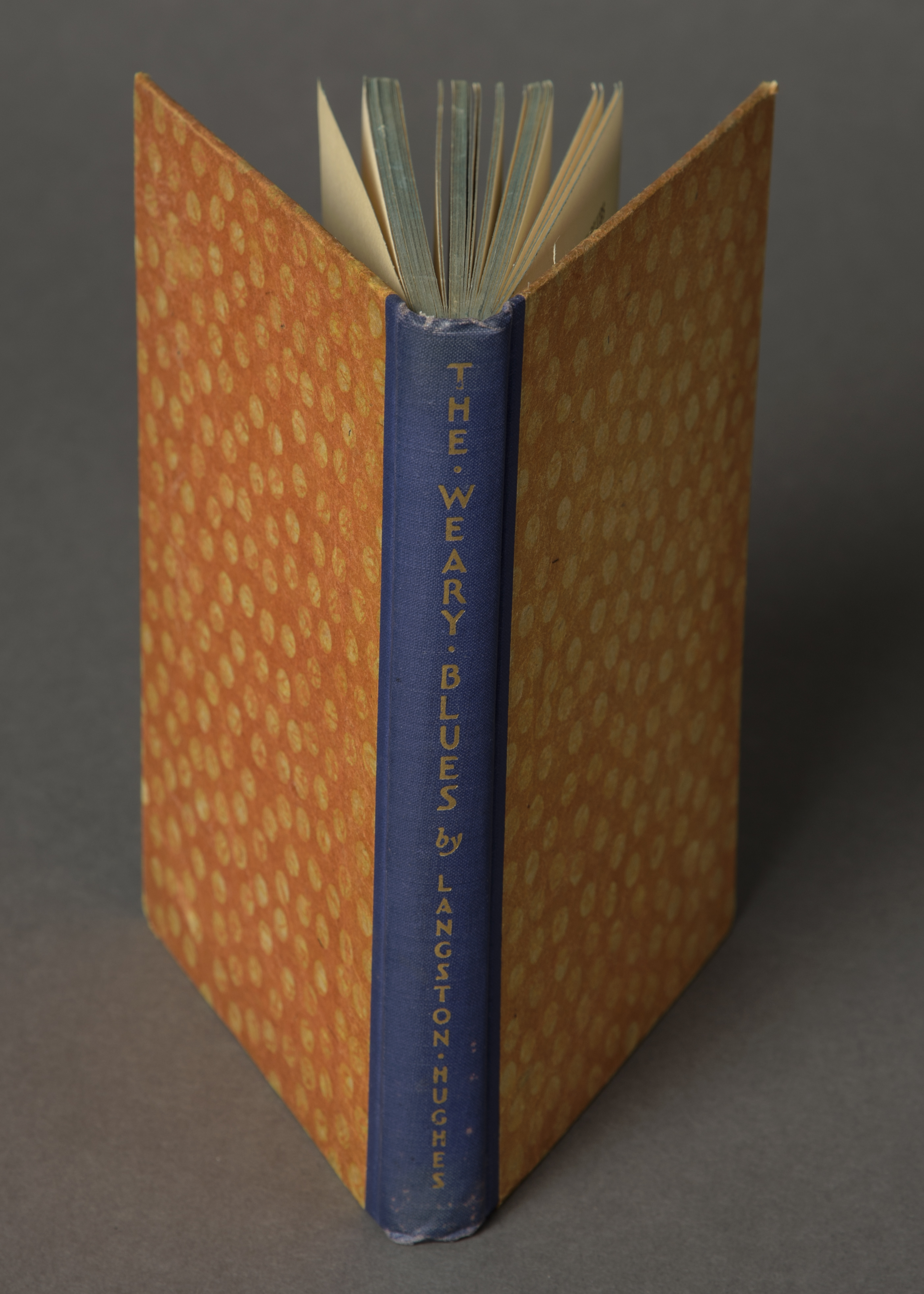 The Weary Blues by Langston Hughes

First edition of Langston Hughes’ inaugural poetry collection, first published in 1926 when he was only 24 years old. Hughes’ style in The Weary Blues is simultaneously lyrical and narrative-like, embodying the rhythm and style of the Harlem Renaissance while also descriptively illustrating the characters and experiences of African American communities. Like much of Hughes’ works, The Weary Blues sheds optimism, hope, and strength on a scene of immense adversity and injustice. This Special Collections copy contains an inscription from the author to the book’s previous owner, American scholar Marion Thompson Wright. It reads, “To Marion Thompson, these poems of Harlem, the sea, and elsewhere, -- Sincerely, Langston Hughes,” dated February 7, 1926 in Washington (pictured below). 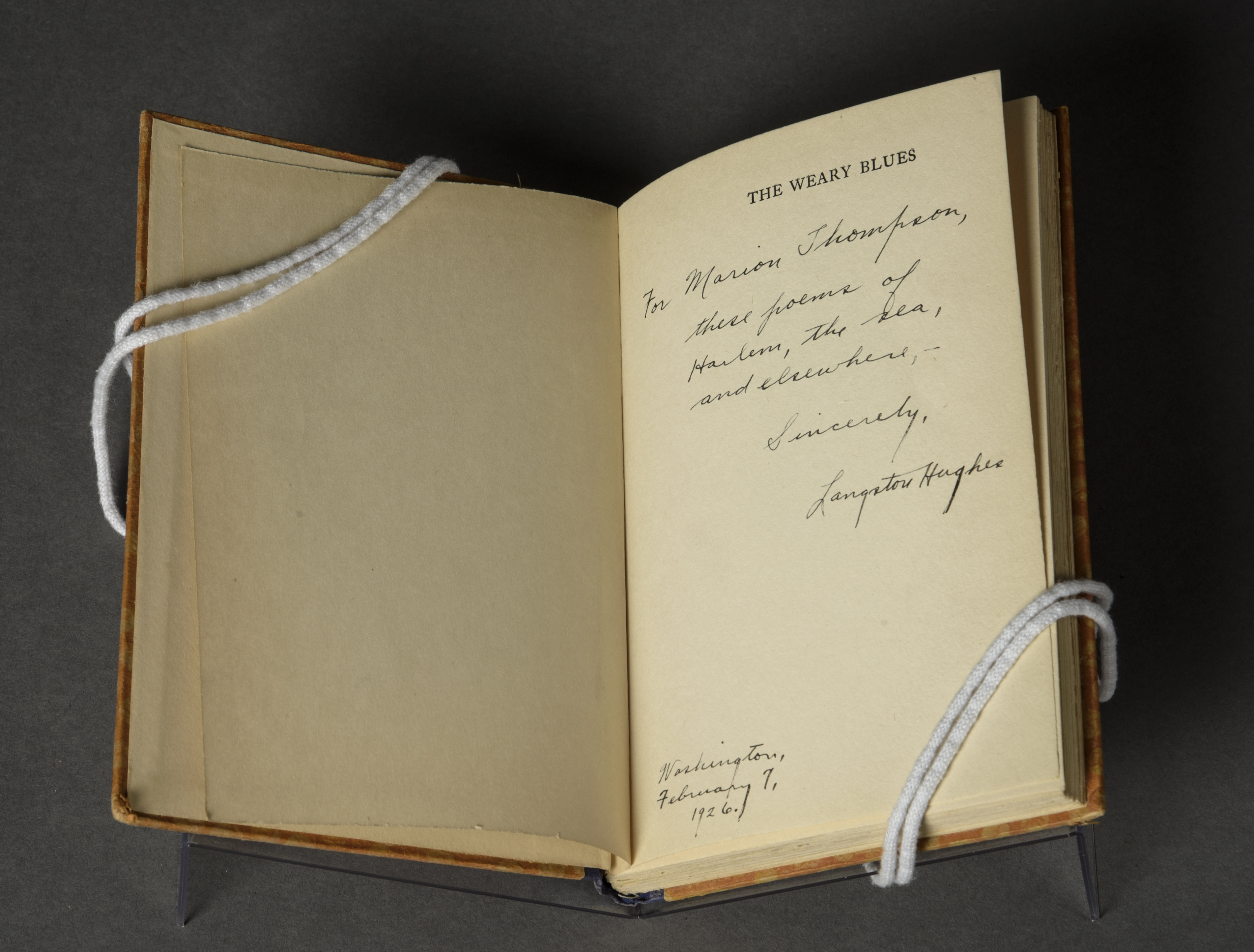 My Adventures As a Social Poet by Langston Hughes

Essay written by Harlem Renaissance poet Langston Hughes, throughout which he provides a reflection of his life and his journey to becoming a published writer. “Social” poetry, to Hughes, refers to poetry conversing “about people’s problems— whole groups of people’s problems— rather than [his] own personal difficulties ” (Hughes). Hughes recognizes that his own adversity was inherently laced into his work as well, but the main consideration was that his poetry addressed humans and social issues as opposed to “roses and moonlight,” (Hughes) distinguishing him from others in the genre. Special Collections’ edition of this essay is a stand-alone article, detached from Phylon, the Atlanta University Review of Race & Culture, v. 2, no. 3. 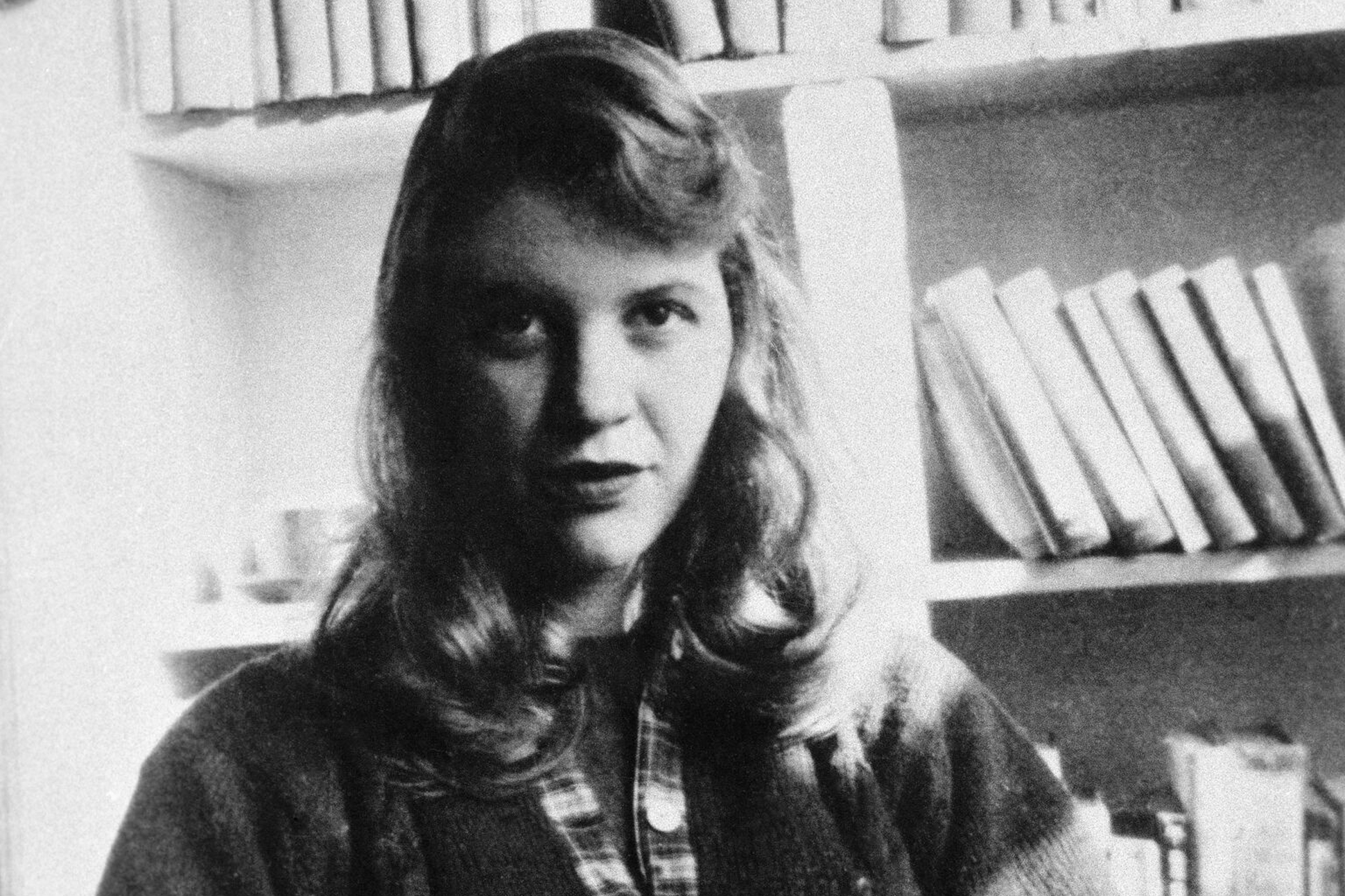 Early edition book featuring some of the final poems written by Sylvia Plath during her lifetime. Plath passed away by suicide at the age of 30, two years prior to publication of this book. Her original manuscript for Ariel which she had left behind before her death was adapted for the books’ first publications, but since then several restored editions including her original selections have been published. Much of her work is considered to fall within the genre of “confessional poetry,” wherein the perspective is that of the personal “I.” 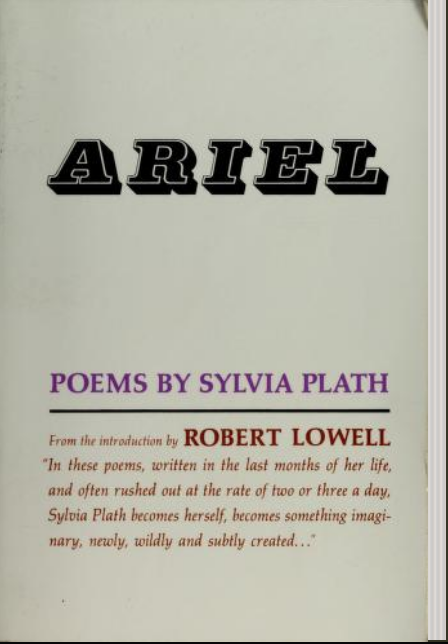 Much of Plath’s poetry and other writings reflect the traumatic experiences of her youth. Her father, Otto Plath, passed away unexpectedly when the author was only eight years old, resulting in significant trauma and depression that she would come to face for the remainder of her life. In her well-known poem featured in Ariel entitled “Daddy,” Plath expresses much of her bitterness and feeling of betrayal regarding the passing of her father. Through her novel The Bell Jar, published only a few weeks before her suicide, Plath vicariously expresses her own raw emotional breakdown. 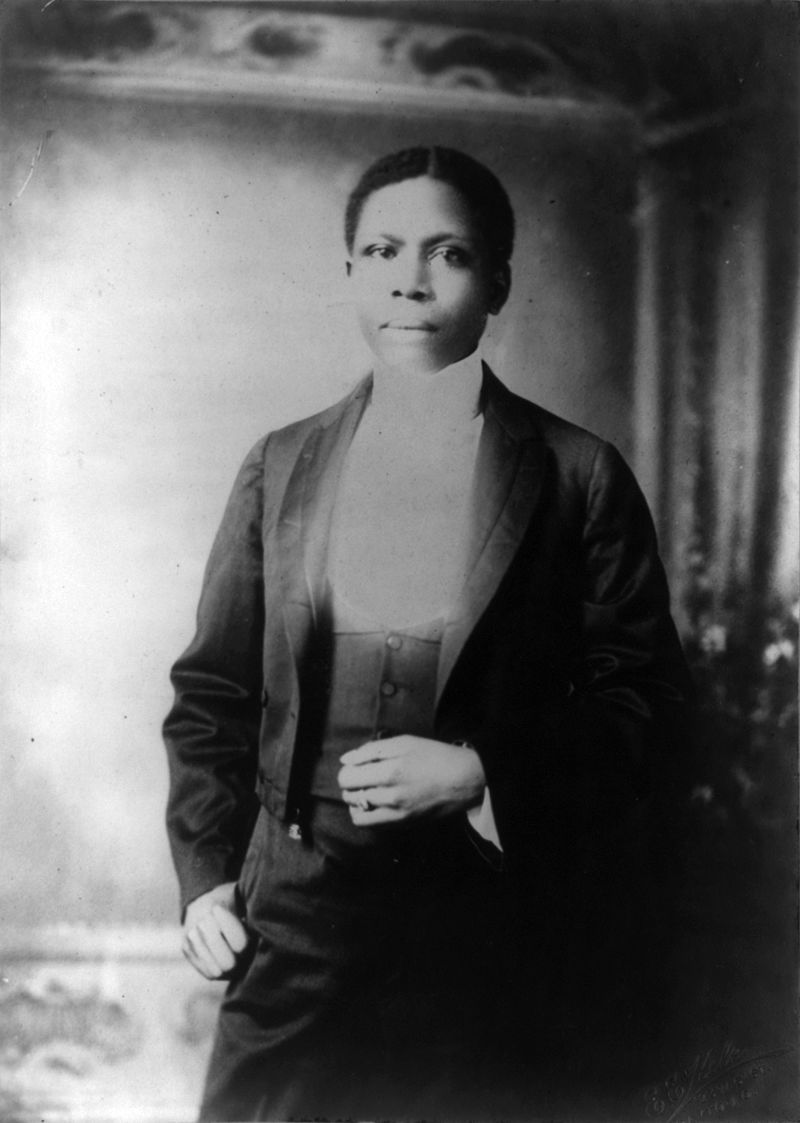 First edition collection of poems written by Paul Lawrence Dunbar. This book was donated to the Sigma Tau Delta Collection of Rare Books and First Editions in April of 2014. 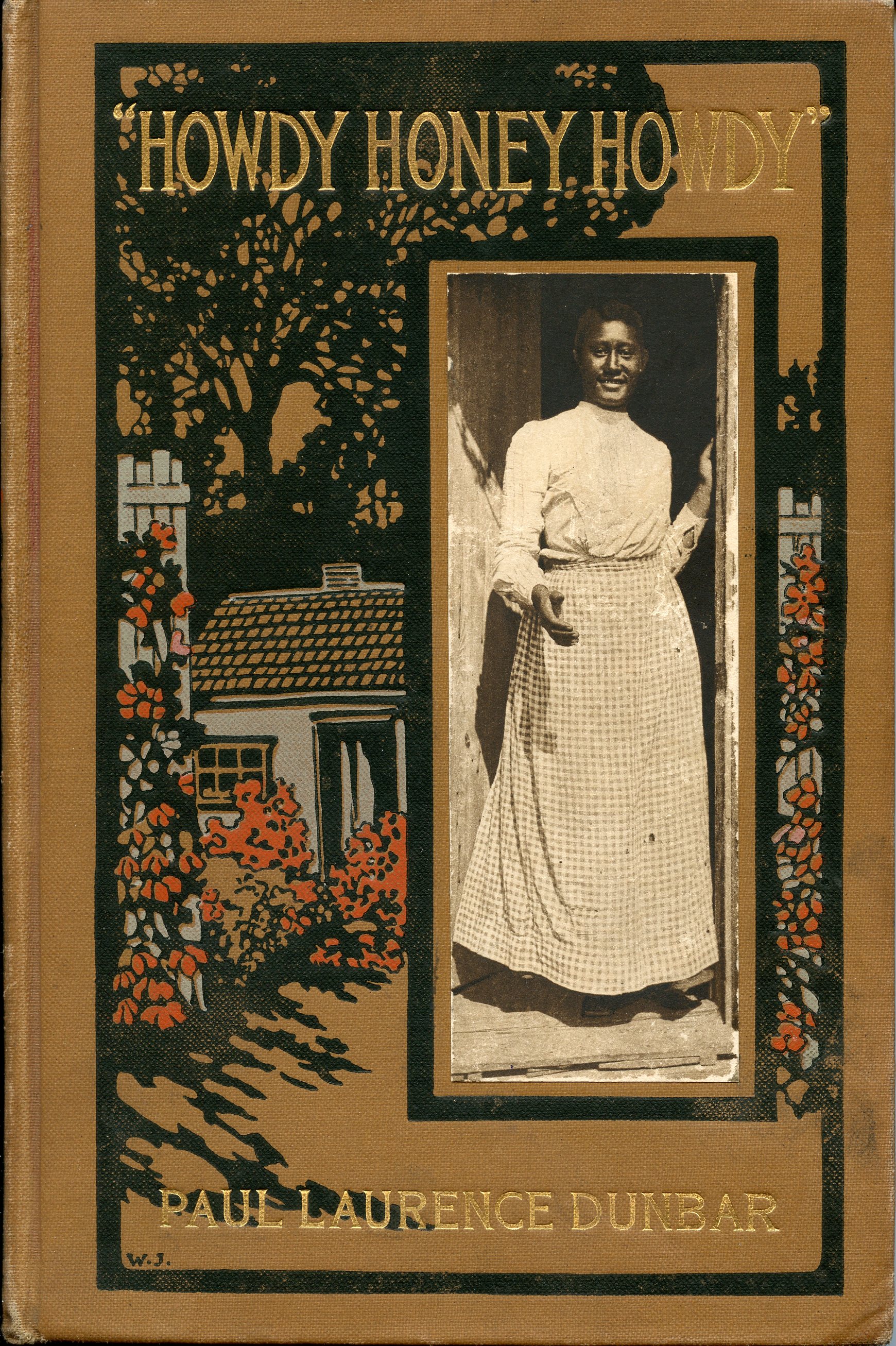 Paul Laurence Dunbar was a late 19th-century African American poet, and his work is considered a marked illustration of the Black experience in America during the transition into the 20th century.  Life on the plantation characterizes much of his writing, as his parents were freed slaves from Kentucky and their stories greatly impacted his work. The use of both black dialect and conventional poetic English distinguishes his work among others. One of his most well-known and studied poems is “We Wear the Mask,” first published in Lyrics of Lowly Life in 1896.

First edition collection of poems written by Countee Cullen, Harlem Renaissance poet, novelist, and playwright. Cullen embraced a unique bilateral perspective in his writing, the result of his exposure to both black and white cultural ideals and education. He believed in the transcendent nature of art and its capacity to help unite people of differing races, but this desire for unity at times presented itself in contradiction to the embrace of black-specific art and writing, emphasized by some of Cullen’s contemporaries like Langston Hughes. Yet, his philosophy often differed from the writing he actually produced, which indeed challenged racial standards. Other prominent themes explored by Cullen in addition to race include religion, love, homosexuality, and death. 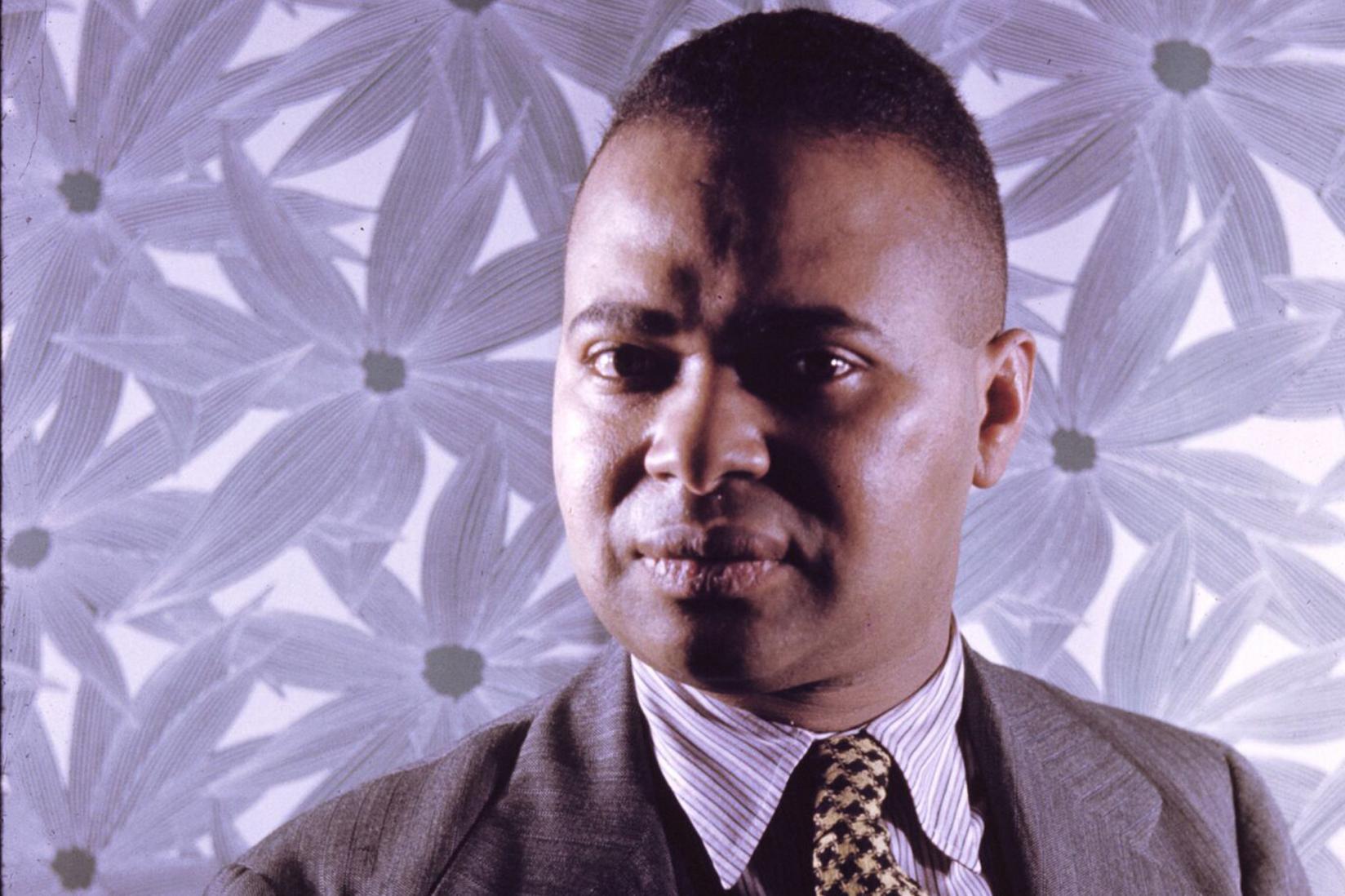 [Handwritten note from Glenn [?] addressed to Marion Thompson Wright; written on Howard University stationary and tucked in front endpapers] “The late arrival of this gift shows that though I carry out in part the spirit of Christmas, I am woefully lacking when it comes to the letter. I was quite determined that Countee should autograph the book for you, and although it was sent him sufficiently early and from the date you can see that he wrote it some days ago, he delayed returning it to me. Hope you are enjoying the holidays, and shall expect to see you Saturday! Yours, Glenn”