Resources for Recognizing and Challenging Racism: Racial Disparities within the Justice System

“Proximity has taught me some basic and humbling truths, including this vital lesson: Each of us is more than the worst thing we’ve ever done. My work with the poor and the incarcerated has persuaded me that the opposite of poverty is not wealth; the opposite of poverty is justice. Finally, I’ve come to believe that the true measure of our commitment to justice, the character of our society, our commitment to the rule of law, fairness, and equality cannot be measured by how we treat the rich, the powerful, the privileged, and the respected among us. The true measure of our character is how we treat the poor, the disfavored, the accused, the incarcerated, and the condemned.” - Bryan Stevenson, Just Mercy: A Story of Justice and Redemption 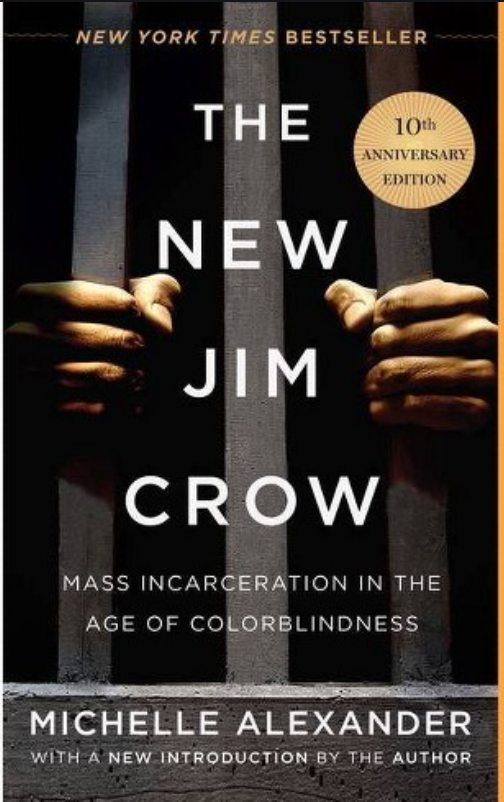 This work argues that the War on Drugs and policies that deny convicted felons equal access to employment, housing, education, and public benefits create a permanent under caste based largely on race. As the United States celebrates the nation's "triumph over race" with the election of Barack Obama, the majority of young black men in major American cities are locked behind bars or have been labeled felons for life. Although Jim Crow laws have been wiped off the books, an astounding percentage of the African American community remains trapped in a subordinate status - much like their grandparents before them. In this incisive critique, former litigator-turned-legal-scholar Michelle Alexander provocatively argues that we have not ended racial caste in America: we have simply redesigned it. Alexander shows that, by targeting black men and decimating communities of color, the U.S. criminal justice system functions as a contemporary system of racial control, even as it formally adheres to the principle of color blindness. The New Jim Crow challenges the civil rights community - and all of us - to place mass incarceration at the forefront of a new movement for racial justice in America. 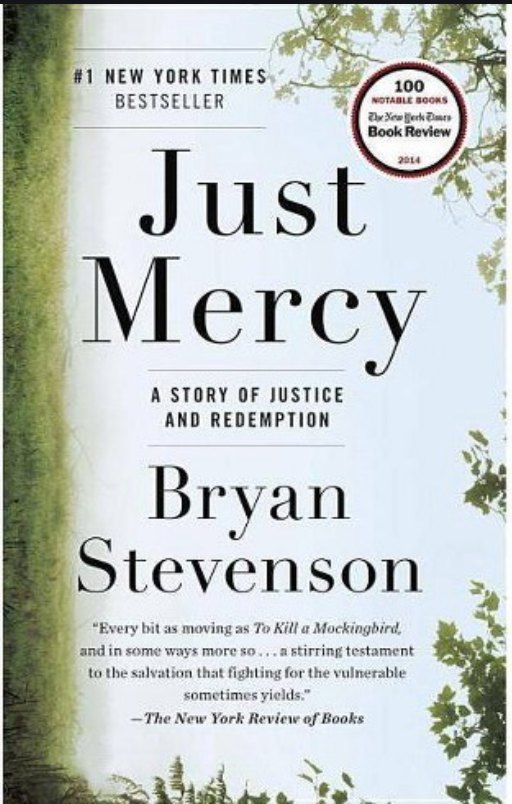 This title is available through Pepperdine libraries. Please click on the above photo to view its availability. Click to the next slide for a brief summary of the book.

"Bryan Stevenson was a young lawyer when he founded the Equal Justice Initiative, a legal practice dedicated to defending those most desperate and in need: the poor, the wrongly condemned, and women and children trapped in the farthest reaches of our criminal justice system. One of his first cases was that of Walter McMillian, a young man who was sentenced to die for a notorious murder he insisted he didn't commit. The case drew Bryan into a tangle of conspiracy, political machination, and legal brinksmanship--and transformed his understanding of mercy and justice forever. Just Mercy is at once an unforgettable account of an idealistic, gifted young lawyer's coming of age, a moving window into the lives of those he has defended, and an inspiring argument for compassion in the pursuit of true justice" 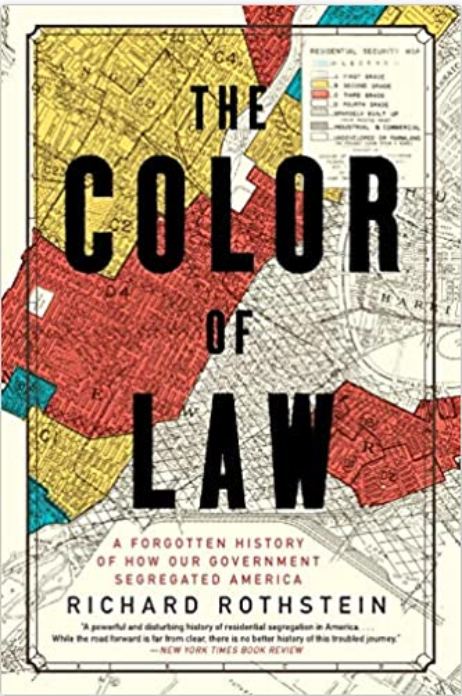 Continued: The Color of Law

"Rothstein has presented what I consider to be the most forceful argument ever published on how federal, state, and local governments gave rise to and reinforced neighborhood segregation." ?William Julius Wilson -- de facto through extraordinary revelations and extensive research that Ta-Nehisi Coates has lauded as "brilliant" ( -- The Death and Life of Great American CitiesThe Fair Housing Act of 1968 prohibited future discrimination but did nothing to reverse residential patterns that had become deeply embedded. Yet recent outbursts of violence in cities like Baltimore, Ferguson, and Minneapolis show us precisely how the legacy of these earlier eras contributes to persistent racial unrest. "The American landscape will never look the same to readers of this important book" (Sherrilyn Ifill, president of the NAACP Legal Defense Fund), as Rothstein?s invaluable examination shows that only by relearning this history can we finally pave the way for the nation to remedy its unconstitutional past. 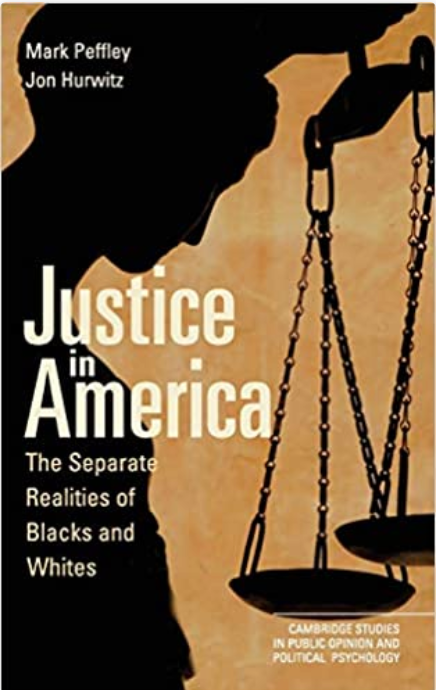 Continued: Justice in America: The Separate Realities of Blacks and Whites

"As reactions to the O.J. Simpson verdict, the Rodney King beating, and the Amadou Diallo killing make clear, whites and African Americans in the United States inhabit two different perceptual worlds, with the former seeing the justice system as largely fair and color blind and the latter believing it to be replete with bias and discrimination. Drawing on data from a nation-wide survey of both races, the authors tackle two important questions in this book: what explains the widely differing perceptions, and why do such differences matter? They attribute much of the racial chasm to the relatively common personal confrontations that many blacks have with law enforcement - confrontations seldom experienced by whites. And more importantly, the authors demonstrate that this racial chasm is consequential: it leads African Americans to react much more cynically to incidents of police brutality and racial profiling, and also to be far more skeptical of punitive anti-crime policies ranging from the death penalty to three-strikes laws" 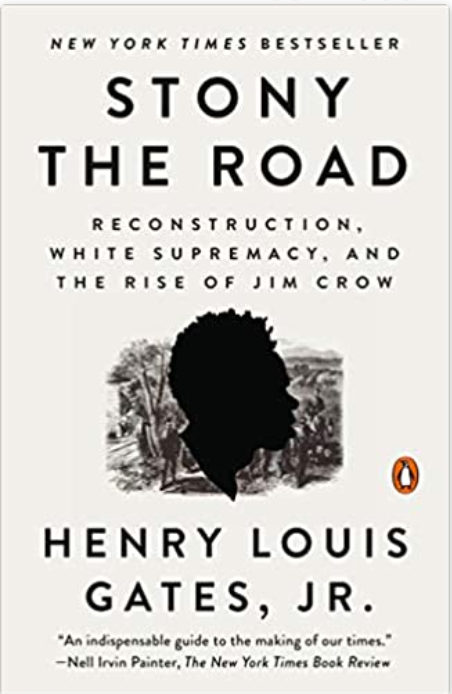 Continued: Stony the road : Reconstruction, white supremacy, and the rise of Jim Crow

"A profound new rendering of the struggle by African-Americans for equality after the Civil War and the violent counter-revolution that resubjugated them, as seen through the prism of the war of images and ideas that have left an enduring racist stain on the American mind. The abolition of slavery in the aftermath of the Civil War is a familiar story, as is the civil rights revolution that transformed the nation after World War II. But the century in between remains a mystery: if emancipation sparked 'a new birth of freedom' in Lincoln's America, why was it necessary to march in Martin Luther King, Jr.'s America? In this new book, Henry Louis Gates, Jr., one of our leading chroniclers of the African-American experience, seeks to answer that question in a history that moves from the Reconstruction Era to the 'nadir' of the African-American experience under Jim Crow, through to World War I and the Harlem Renaissance. Through his close reading of the visual culture of this tragic era, Gates reveals the many faces of Jim Crow and how, together, they reinforced a stark color line between white and black Americans. Bringing a lifetime of wisdom to bear as a scholar, filmmaker, and public intellectual, Gates uncovers the roots of structural racism in our own time, while showing how African Americans after slavery combatted it by articulating a vision of a "New Negro" to force the nation to recognize their humanity and unique contributions to America as it hurtled toward the modern age. The book will be accompanied by a new PBS documentary series on the same topic, with full promotional support from PBS" 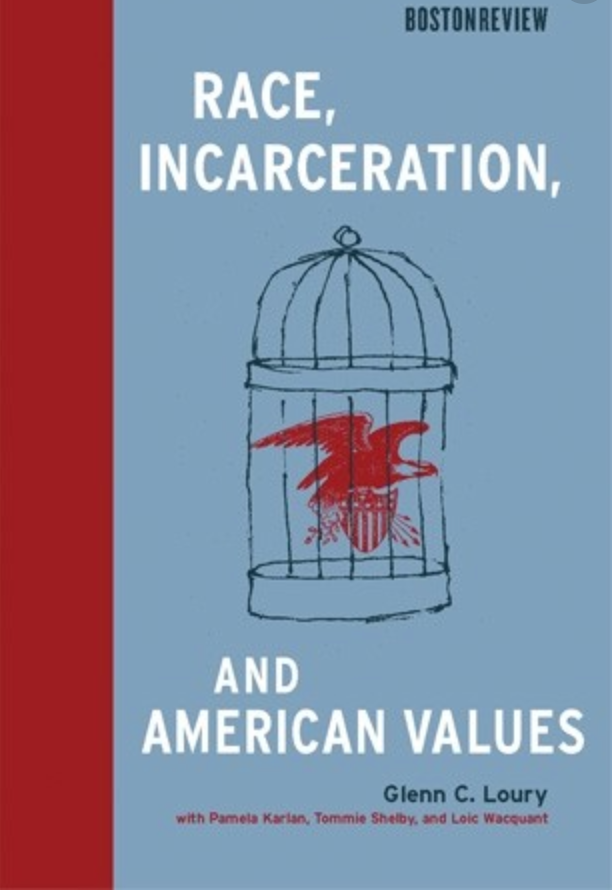 "The United States, home to 5 percent of the world's population, now houses 25 percent of the world's prison inmates. Our incarceration rate is almost 40 percent greater than our nearest competitors (the Banamas, Belarus, and Russia). It is 6.2 times the Canadian rate and 12.3 times the rate in Japan." "Economist Glenn C. Loury argues that this extraordinary mass incarceration is not a response to rising crime rates or a proud success of social policy, but the product of a generation-old collective decision to become a more punitive society. He connects this policy to our history of racial oppression, showing that the punitive turn in American politics and culture emerged in the post-civil rights years and has today become the main vehicle for the reproduction of racial hierarchies." "Scholars Pamela S. Karlan, Tommie Shelby, and Loic Wacquant respond to Loury's arguments and explore further the impact of mass incarceration." 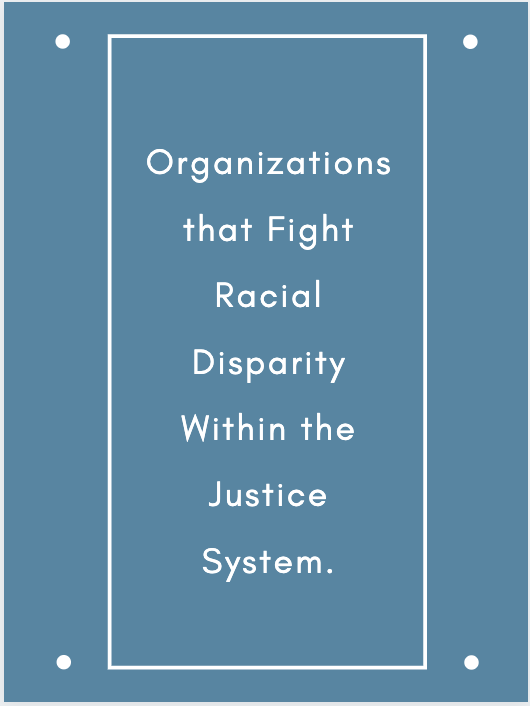 Please click through this box for a list of organizations that help to fight against and educate the public on racial disparity within the justice system. 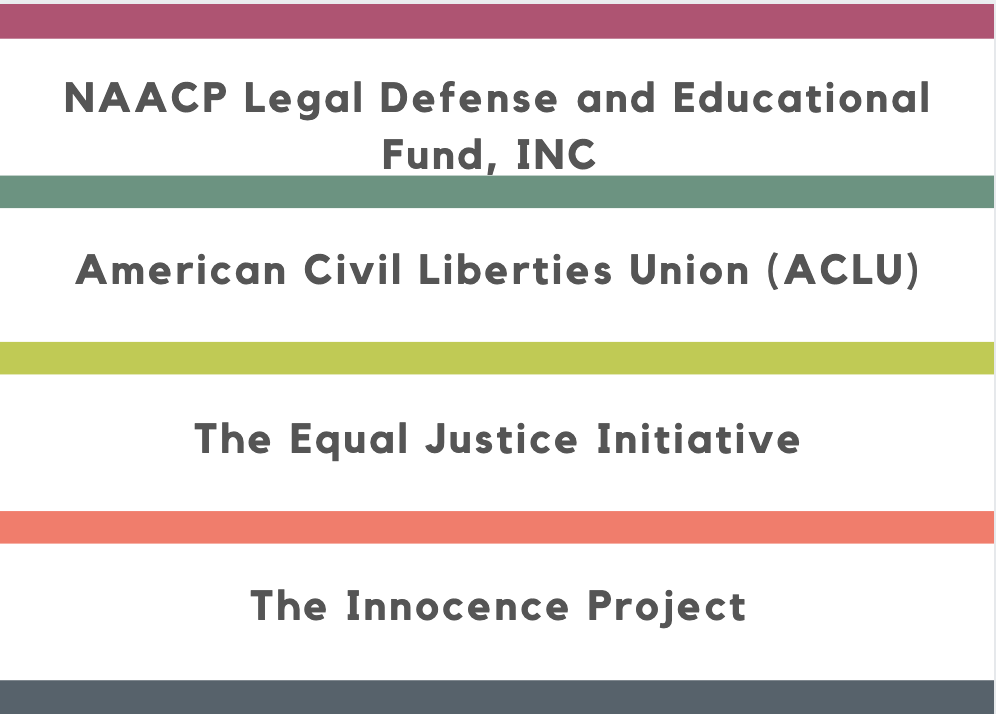 Please click to the next slide for a link to each organization and a short description of their work.

ACLU: Our mission is to realize this promise of the United States Constitution for all and expand the reach of its guarantees.

The Equal Justice Initiative:  is committed to ending mass incarceration and excessive punishment in the United States, to challenging racial and economic injustice, and to protecting basic human rights for the most vulnerable people in American society. 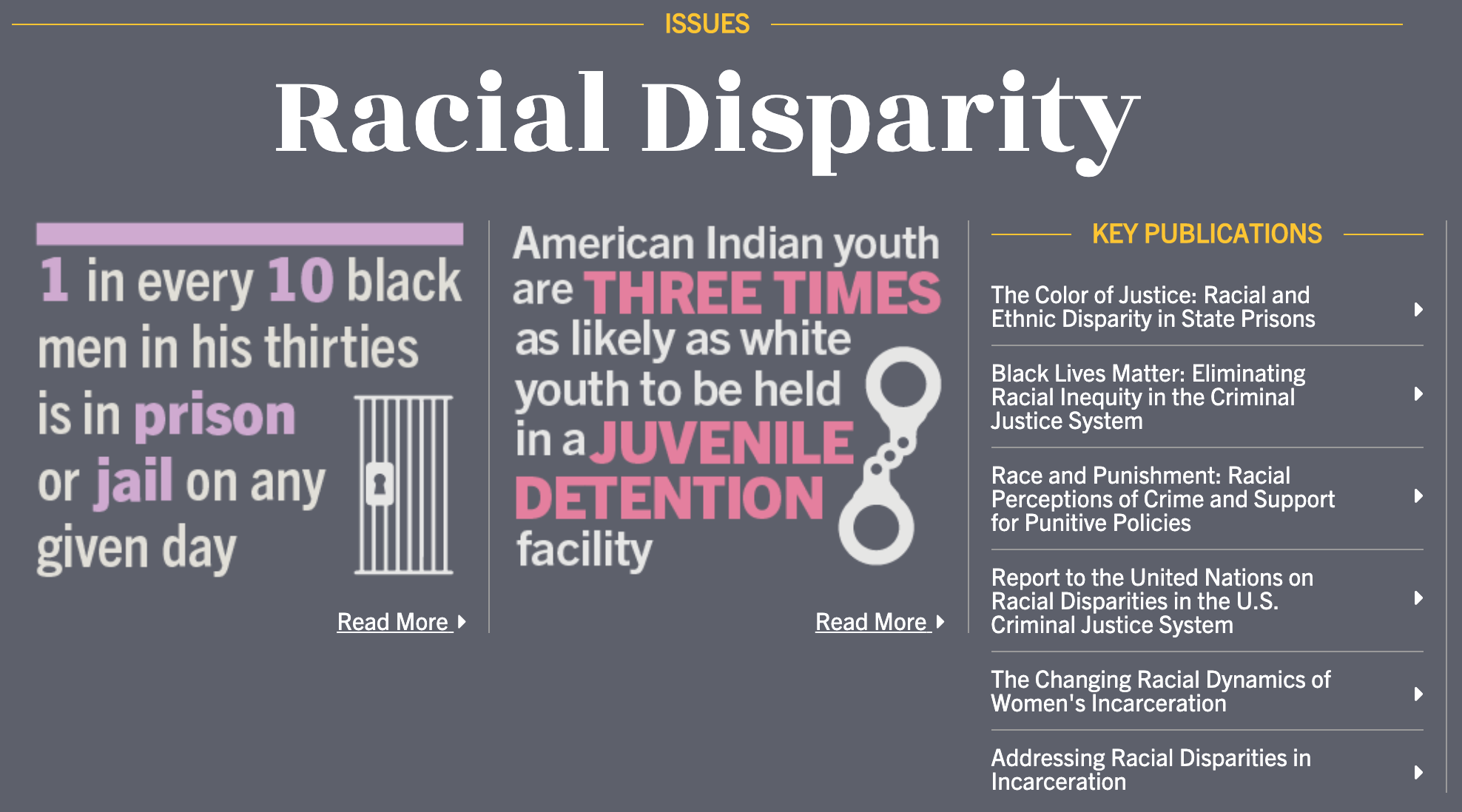 Founded in 1986, The Sentencing Project works for a fair and effective U.S. criminal justice system by promoting reforms in sentencing policy, addressing unjust racial disparities and practices, and advocating for alternatives to incarceration. 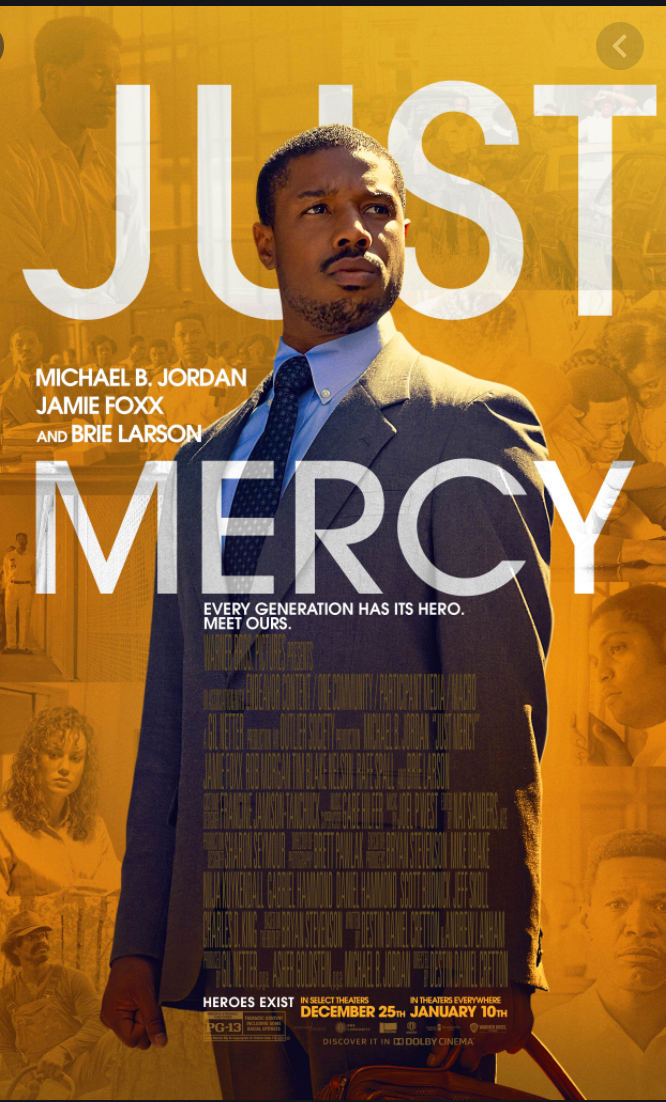 Films About Racial Disparity Within the Justice System

This title is available through Pepperdine Libraries Swank Digital Campus. Click on the above photo to access the film. 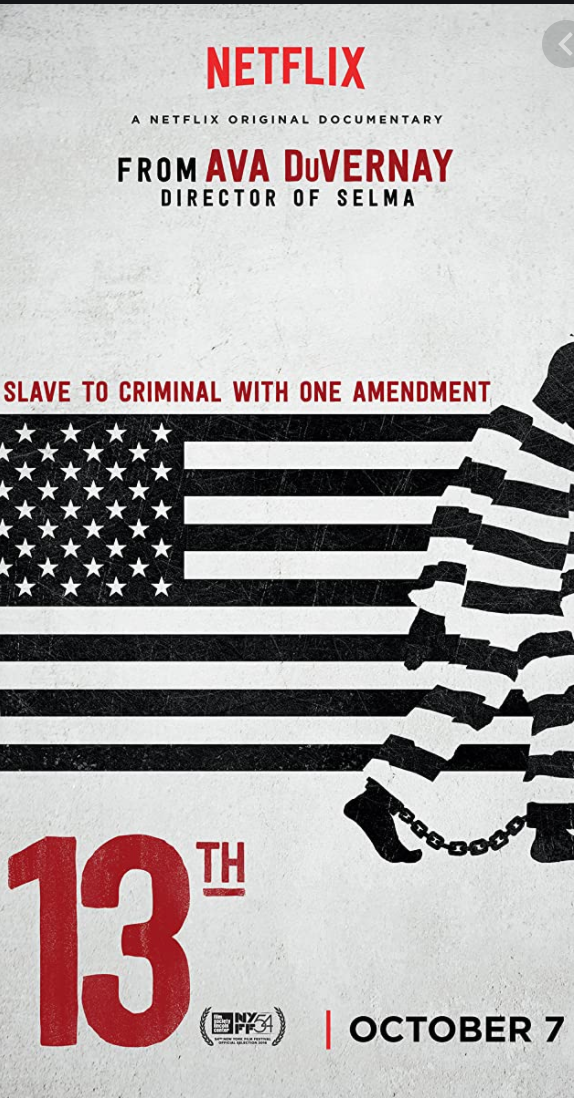 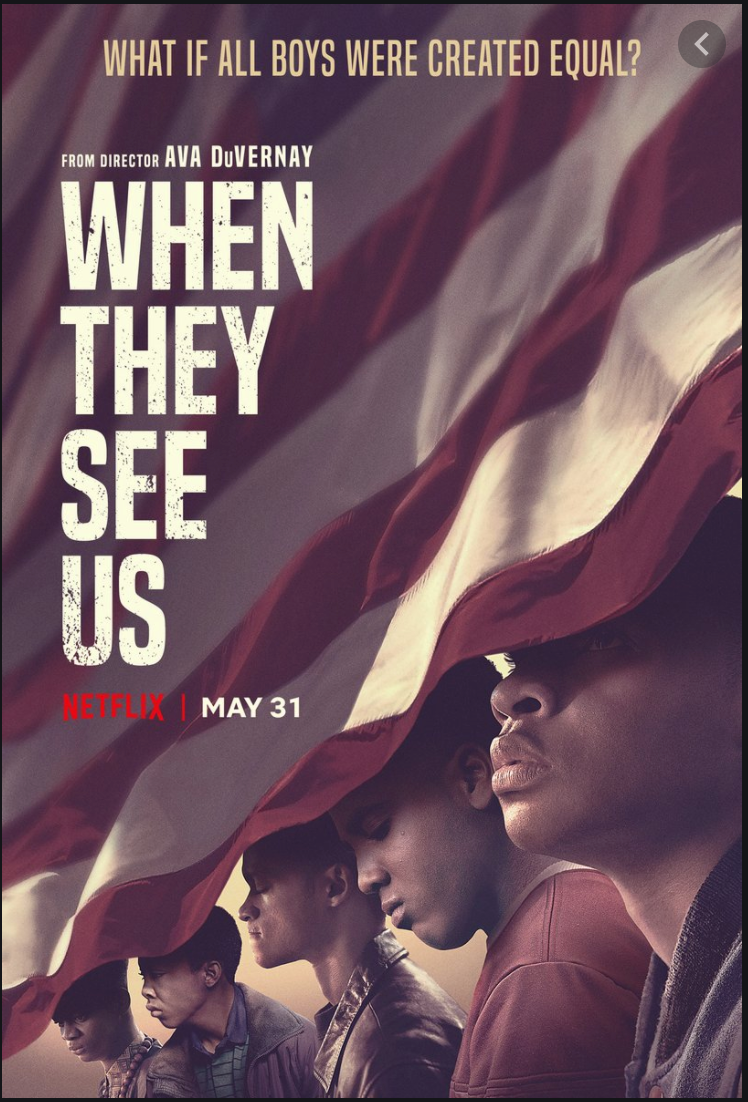 This title is available through Netflix. Please click on the above photo for the trailer of the film. 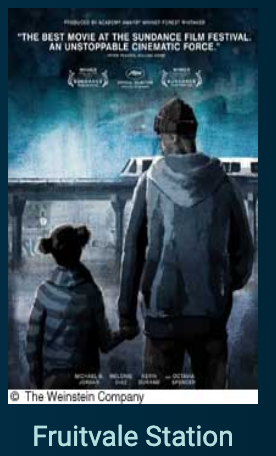 This title is available through Pepperdine Libraries Swank Digital Campus. Click on the above photo to access the film. 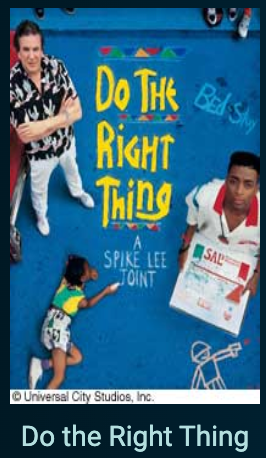 This title is available through Pepperdine Libraries Swank Digital Campus. Click on the above photo to access 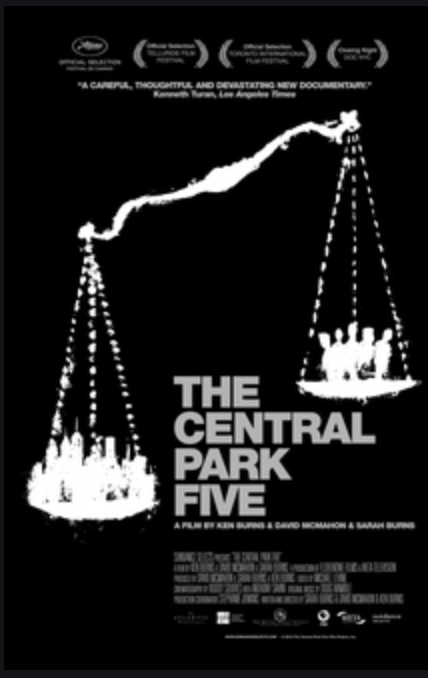 Click on the above picture to watch the Central Park 5 for free on PBS.

Article On Racial Disparity in the Criminal and Juvenile Justice System