November is Native American Heritage Month, also known as American Indian and Alaska Native Heritage Month.  According to the National Congress of American Indians, this month is a time to celebrate rich and diverse cultures, traditions, and histories and to acknowledge the important contributions of Native people. Heritage Month is also an opportune time to educate the general public about tribes, to raise a general awareness about the unique challenges Native people have faced both historically and in the present, and the ways in which tribal citizens have worked to conquer these challenges. 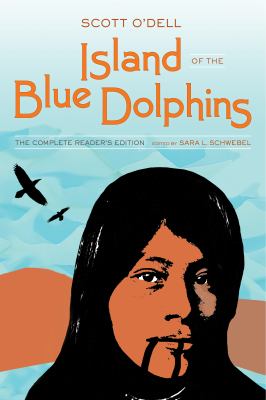 Island of the Blue Dolphins: the complete reader's edition

This is the first authoritative edition of one of the most significant children's books of the twentieth century. Winner of the 1961 Newbery Medal, it tells the story of a girl stranded for eighteen years in the aftermath of violent encounters with Europeans on her home island off the coast of Southern California. This special edition includes two excised chapters, published here for the first time, as well as a critical introduction and essays that offer new background on the archaeological, legal, and colonial histories of Native peoples in California. This edition considers how readers might approach the book today, when new archaeological evidence is emerging about the "Lone Woman of San Nicolas Island," on whom O'Dell's story is based, and Native peoples are engaged in the reclamation of indigenous histories and ongoing struggles for political sovereignty. 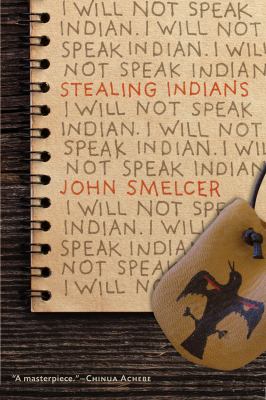 "One of our most brilliant writers tells a harsh truth about American history."- Roxanne Dunbar-Ortiz, An Indigenous Peoples' History of the United States Four Indian teenagers are kidnapped from different regions, their lives immutably changed by an institution designed to eradicate their identity. And no matter what their home, their stories are representative of every story, every stolen life. So far from home, without family to protect them, only their friendship helps them endure. This is a work of fiction. Every word is true. John Smelcer is the author of over forty books, including essays, story collections, poetry, and novels, and five YA novels. 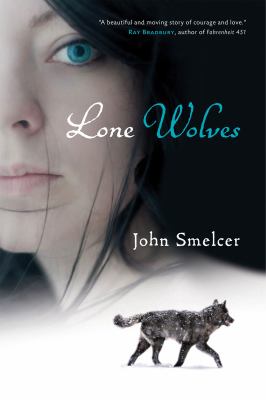 Deneena Yazzie's love of the woods and trail come from her grandfather, who teaches her their all-but-vanished Native Alaskan language. While her peers lose hope, trapped between the old and the modern cultures, and turn to destructive behaviors, Denny and her mysterious lead dog, a blue-eyed wolf, train for the Great Race--giving her town a new pride and hope. John Smelcer is poetry editor of Rosebud and the author of more than forty books. He is an Alaskan Native of the Ahtna tribe, and the last surviving reader and writer of Ahtna. John holds degrees in archeology, linguistics, literature, and education, and formerly chaired the Alaska Native Studies program and the University of Alaska (Anchorage). 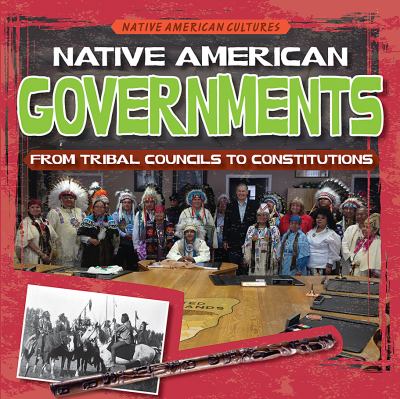 "Since ancient times, many native peoples across America governed themselves with a tribal council or another system of government. Many developed constitutions to codify their laws as well. This important aspect of Native American history is carefully explained in this well-researched and accessible book, which focuses on the governments of several native peoples. Historical images, interesting fact boxes, and a colorful design make this significant subject even more appealing to young historians." 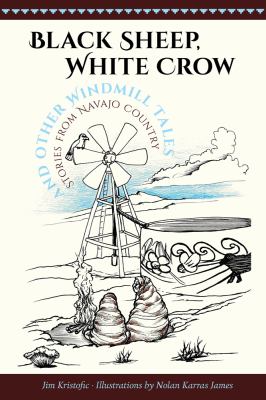 Winner of the 2018 Southwest Book Award from the Border Regional Library Association Winner of the 2018 Skipping Stones Honor Award for Multicultural and International Books When Kameron moves to his grandma's sheep camp on the Navajo Reservation, he leaves behind his cell phone reception and his friends. The young boy's world becomes even stranger when Kameron takes the sheep out to the local windmill and meets an old storyteller. As the seasons turn, the old man weaves eight tales that teach the deeper story of the Diné country and the Diné people. 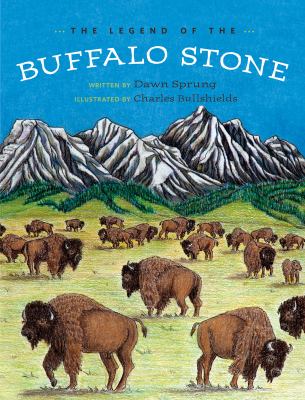 The Legend of the Buffalo Stone

Twelve-year-old Hanata loves exploring the hills and riverbanks of her prairie home, picking berries and making toys for the smaller children in her camp. But Hanata's life is far from carefree. Everything is connected to the innii, or buffalo, which the Blackfoot people rely on for food, clothing and even the toys they play with. When a winter storm descends on the land, the buffalo disappear and the people begin to grow hungry. All hope is lost until Hanata has a dream that will lead her on a search for a magical stone with the power to bring back the innii. The Legend of the Beaver's Tail

Long ago Beaver did not look like he does now. Yes, he had two very large front teeth, but his tail was not wide and flat. It was thick with silky fur. Vain Beaver is inordinately proud of his glorious tail. When he's not bragging about his tail, Beaver spends his time grooming it, while the other woodland creatures go about their business of finding food and shelter for their families. Eventually Beaver's boasting drives away his friends and he is left on his own. But when his tail is flattened in an accident (of his own making), Beaver learns to value its new shape and seeks to make amends with his friends. Based on an Ojibwe legend. 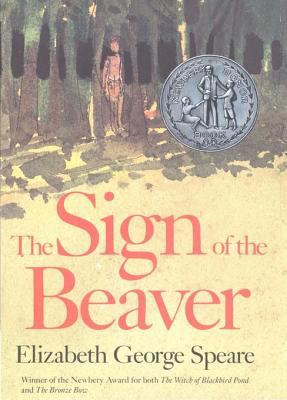 A 1984 Newbery Honor Book Although he faces responsibility bravely, thirteen-year-old Matt is more than a little apprehensive when his father leaves him alone to guard their new cabin in the wilderness. When a renegade white stranger steals his gun, Matt realizes he has no way to shoot game or to protect himself. When Matt meets Attean, a boy in the Beaver clan, he begins to better understand their way of life and their growing problem in adapting to the white man and the changing frontier. Elizabeth George Speare's Newbery Honor-winning survival story is filled with wonderful detail about living in the wilderness and the relationships that formed between settlers and natives in the 1700s. Now with an introduction by Joseph Bruchac. 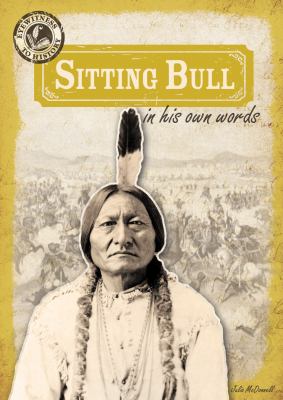 Sitting Bull in His Own Words

Sitting Bull, the well-known Native American chief, united the Lakota Sioux in the northern Great Plains and led a mighty resistance of tribes who refused to be placed on reservations. This struggle resulted in violence, most famously at Little Bighorn in 1876. Though Sitting Bull fled to Canada, he ultimately returned to the United States in 1881. This book uses Sitting Bull's powerful words to examine the leader's considerable courage and determination as well as his aspirations for Native Americans. 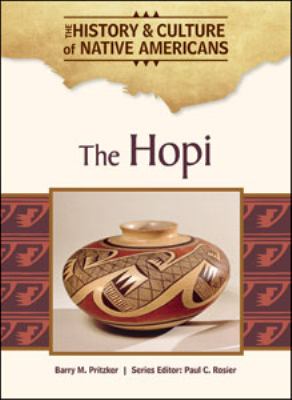 The Hopi (History and Culture of Native Americans)

The Hopi provides insight into a remarkable group of people who live in one of the most remote parts of what is now the United States. Readers will discover the rich history of the Hopi people, as well as how they live today 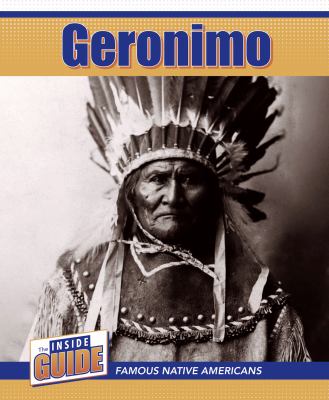 Geronimo was a great leader and a wise man. Your readers will uncover his life story, from his struggles with the American government and settlers in Arizona to the eventual surrender that made him a prisoner of war for the rest of his life. Though he later became famous and traveled the country, he was never allowed to return to his birthplace. Readers will gain an understanding of his profound effect on the Apache tribe. Through easy-to-read text and fascinating pictures, kids will discover the inspiring yet tragic story of this famous Native. 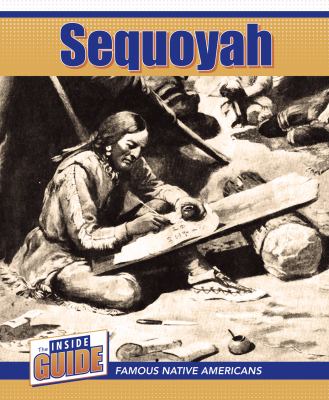 Sequoyah was a true Cherokee hero. Young readers will discover Sequoyah's story, from his birth and upbringing to his dedication in developing a language guide for the Cherokee people. They'll learn how his efforts allowed the Cherokee nation to create a written record of their culture. Readers will explore the challenges the Cherokee nation faced as it ceded more and more land to the American government. Engaging sidebars about Sequoyah's history and vivid images help readers learn about this amazing man and his legacy today. 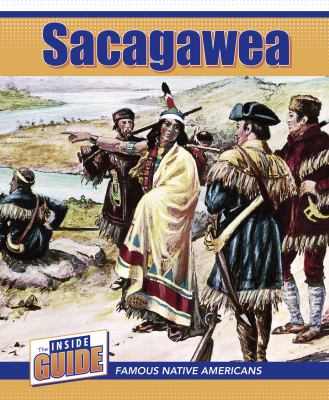 From her tragic abduction as a young girl to her confident and accomplished seat as navigator and translator for the Corps of Discovery, Sacagawea emerged a heroine in the story of America's westward expansion. Young readers will learn of Sacagawea's tribe and culture, her deeds as part of the Lewis and Clark expedition, and her life in the years that followed. This book explores relations between Native Americans and newcomers to their lands. It shows how and why Sacagawea became the symbol of women's independence and importance that she remains today.

National Museum of the American Indian

A diverse and multifaceted cultural and educational enterprise, the National Museum of the American Indian (NMAI) is an active and visible component of the Smithsonian Institution, the world's largest museum complex. The NMAI cares for one of the world's most expansive collections of Native artifacts, including objects, photographs, archives, and media covering the entire Western Hemisphere, from the Arctic Circle to Tierra del Fuego. 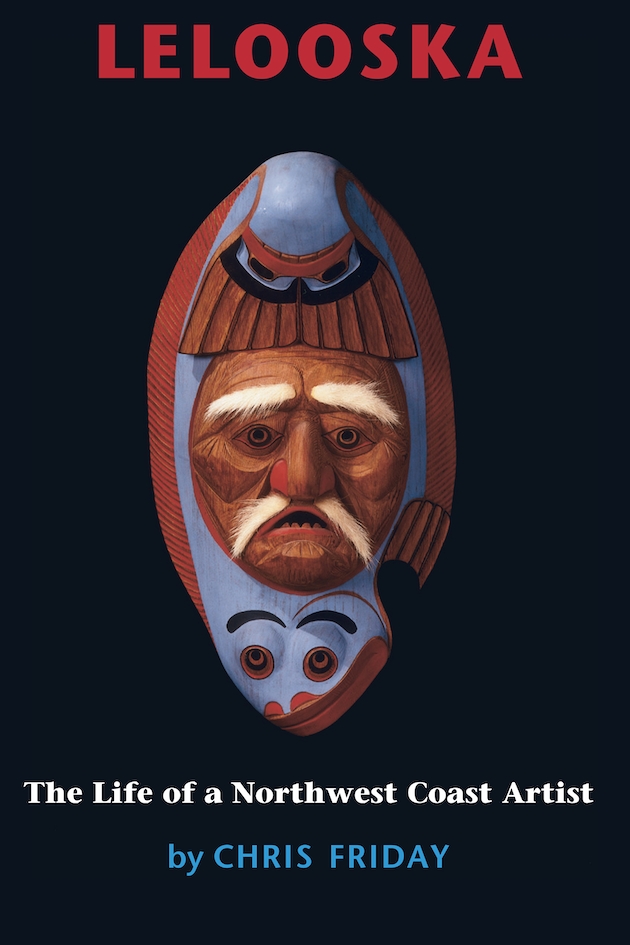