Library resources for researching literature of the Holocaust 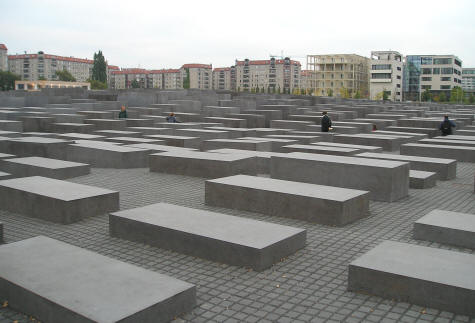 The Holocaust of the Jewish people under the Nazi regime (also known as the Shoah, the Cataclysm, the Catastrophe, and the Final Solution) involved the systematic murder of some six million persons (approximately 1.5 million of whom were children). The Nazi orchestrated genocide (1941-1945) also killed around five million non-Jews including the physically and mentally disabled, gay people, Jehovah's Witnesses, Romas ("Gypsies"), Polish intellectuals, Catholic priests, prisoners of war, communists, and other political opponents. The quotations below highlight both the profound historical significance of the Holocaust and the continuing "hunger"; to comprehend that inconceivably horrific event. Just as historical writing about the Holocaust is voluminous, fictional and cinematic representations abound. This course will include a sampling of memoirs and other documentary accounts; we will also view some cinematic responses to the Holocaust; our primary focus will be on prose fiction (including a graphic novel) that depicts and interprets the Holocaust. We will explore the various methods of representing and interpreting the Holocaust, and we will attempt—in at least some small way—to come to terms with and to understand this ﻿"obscene catastrophe"

"The Holocaust has already engendered more historical research than any single event in Jewish history, but I have no doubt whatever that its image is being shaped, not at the historian's anvil, but in the novelist's crucible." Yosef Hayim Yerushalmi, Zakhor: Jewish History and Jewish Memory (1982)

"Reading and writing about the Holocaust is an experience in unlearning: both parties are forced into the Dantean gesture of abandoning all safe props as they enter and . . . make their way through its vague domain." Lawrence Langer, "On Reading and Writing Holocaust Literature" (1995)

"We have yet to sate our voracious cultural hunger for novels, films, plays that might somehow help us understand the Holocaust—which . . . is beyond question one of the most obscene catastrophes in history." Ruth Franklin, A Thousand Darknesses: Lies and Truth in Holocaust Fiction (2011)